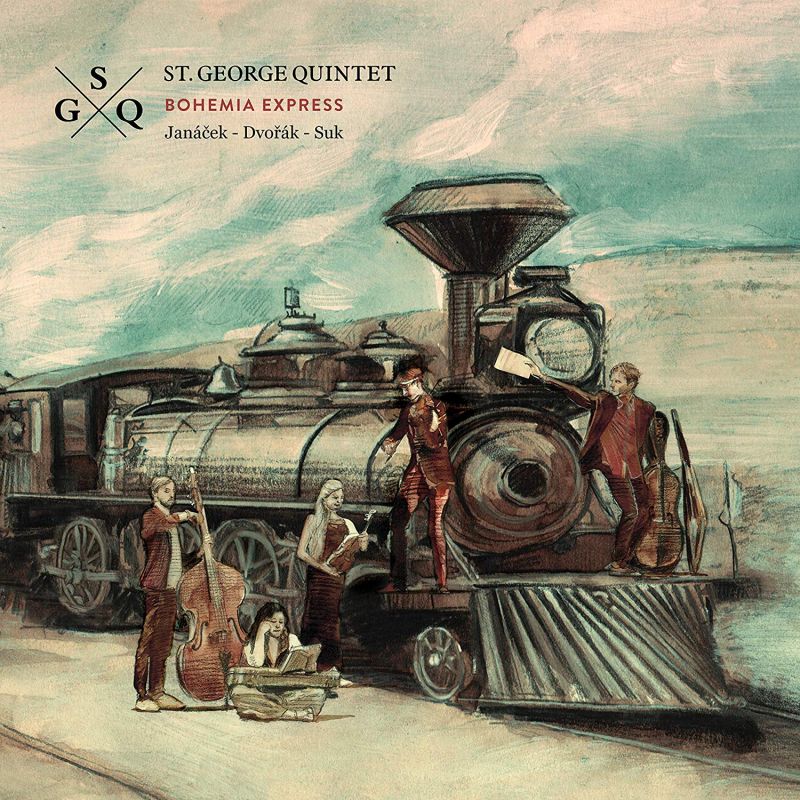 According to the booklet notes, the St George Quintet had the idea for this disc while riding the appropriately named Dvořák Express train from Prague to Brno. The locomotive on the artwork looks rather American to me, but no matter; the players of this young Belgian-based ensemble apparently ‘danced, sang and drank Moravian wine’ and have commemorated the trip in a short online film to which the password is provided with this CD.

And fair enough too; there’d be something very wrong with any performance of Dvořák’s glorious G major Quintet that didn’t spark joy, as the saying goes, in performers and listeners alike. The St George Quintet are a smart, musicianly team with a clean ensemble sound and a deft, springy rhythmic sense. There’s a Beethoven-like energy to the scherzos in both the main works here; and although the tutti tone is lithe rather than lush, there’s a touching, questioning quality as well as a rhythmic poise to the slower music. The guilelessness with which the cello and bass feel their way through the opening bars of Janáček’s fourth-movement Adagio made me smile.

But it does all feel a little polite; and while the recorded sound is airy and clear (and this might be a matter of personal taste), I’d prefer a balance that gave slightly more heft to the double bass. I like to feel the air wobble. Make no mistake, this is an engaging and enjoyable disc. But it’s interesting that it really feels at its best in the melancholy afterword: a performance of Suk’s St Wenceslas Meditation in which the ensemble’s blend of tension, deliberation and expressive understatement seems to find exactly the right balance of tragedy and pride.