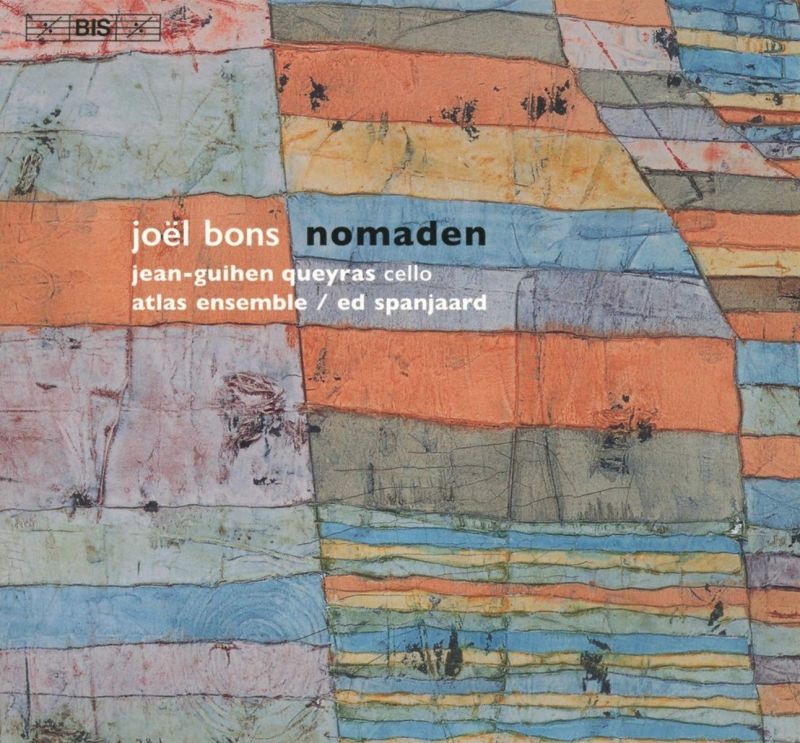 For decades after it was first given in 1985, the Grawemeyer Award was mostly canonical, honouring composers who most regular visitors to the concert hall would recognise, even if they remained aloof to their music. Witold Lutosławksi won the first award, with its $100,000 purse, for his Third Symphony, and since then the prize has gone to Ligeti, Birtwistle, Penderecki, John Adams, Boulez and Kurtág, among others. In recent years the prize has evolved, and it’s refreshing to see the winners spanning a wider range of musical styles and emerging from career paths not necessarily harnessed to the traditional symphony orchestra, concert hall, opera house or academy.

Last December the Dutch composer Joel Bons was announced the winner of the 2019 University of Louisville Grawemeyer Award for a piece called Nomaden. Nomaden was composed in 2015 16 for the cellist Jean-Guihen Queyras, who engages concertante-style with the Atlas Ensemble, a group founded by Bons in 2002 to bring together top musicians from a range of international musical idioms. Its string section includes violin, viola and double bass, along with the Chinese erhu, the kamancha (the spike fiddle of Iran and the Caucasus), the kemence (from Turkey) and the sarangi (a bowed lute native to North India). The array of winds, plucked strings and percussion are equally wide-ranging in national styles and musical timbres.

Nomaden, or Nomads, weaves the cello line through 38 short movements, the longest lasting little more than four minutes, with transitional sections, dubbed passages, that luxuriate in static explorations of the sonic potential of the various instruments. Some movements are decidedly folkloristic, though the melodies may be entirely new; others have a dreamlike mix of instruments from wildly different traditions – steel pans joining fiddles and lutes; and yet others touch upon but rarely linger on Western idioms, motivic variation and a gesture to the classical string quartet repertoire.

The final movement, ‘Epilogue’, begins with a slightly woozy gesture, as if everyone is recovering from killer jet lag or a late night on the town, and that might stand for the larger impact of the piece, which is oneiric, dizzying and meditative by turns. The pleasure isn’t just in the range of musical textures and gestures but also largely a matter of the soloist, who manages to project a consistent and guiding presence without ever getting in the way of his fellow soloists in the ensemble. A characteristic trope of this piece – a skittering cello decrescendo that dissolves the solo line into the larger musical fabric – allows the soloist to project a respectful, genial, retiring sense of remove from the proceedings, as if he’s just passing through, listening, responding, and moving on. Given the potential for cheap appropriation and kitschy pastiche when writing a musical travelogue of this sort, that trope is a welcome one and allows the listener to enjoy this tapestry of sounds without reservation.