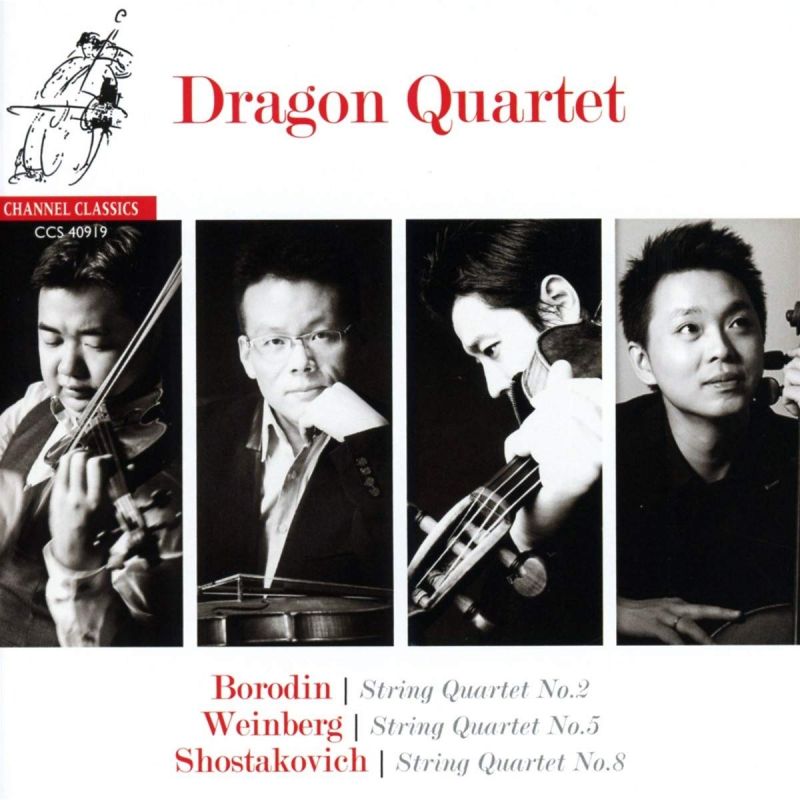 The young Chinese musicians of the Dragon Quartet here follow up their first disc for Channel Classics (of Schubert and Dvořák) with a programme of Russian quartets that confirms their right to be considered alongside the best of their Western counterparts.

They set out their stall with Borodin’s Second, which is as euphonious and expressive as you could wish – devoid of mannerism but by no means lacking in communicative intensity. Then Shostakovich’s Eighth – over-familiar to many but seemingly not to them – is finely paced and expressively well focused. Especially welcome is the minimum of extraneous noise and maximum of clarity in the fast second movement (surprising how many ensembles overdo the violence here); and the fourth movement’s confessional solos show how closely they identify with the personal suffering at the heart of the work, without ever tipping it into maudlin exaggeration.

It’s good to see Weinberg’s quartets being taken up by other ensembles, though they all face the challenge of comparison with the Quatuor Danel’s fervent pioneering accounts (CPO, 4/08, 2/09, 2/12, A/12). The Fifth Quartet comes from the period of Weinberg’s extraordinary chamber music efflorescence in the first years after his settling in Moscow. Much of it would be familiar to listeners from his reworking of extensive parts of it much later in life as his Third Chamber Symphony.

The melodic lines in the first movement are beautifully shaped, though not with the personal touches that make the Danels’ playing so special. Perhaps the Dragons also miss some opportunities for quizzical humour in the outer sections of the Humoresque second movement. They match the Danels for helter-skelter energy in the Scherzo, though not with quite the same quality of dangerous intensity. Best of all, perhaps, is the way the Dragons manage the difficult transitions to and away from the Serenade finale’s Allegro furioso high point.

Close but not oppressive recorded balance enhances the attractions of the disc, which, to say the least, makes an impressive calling card.