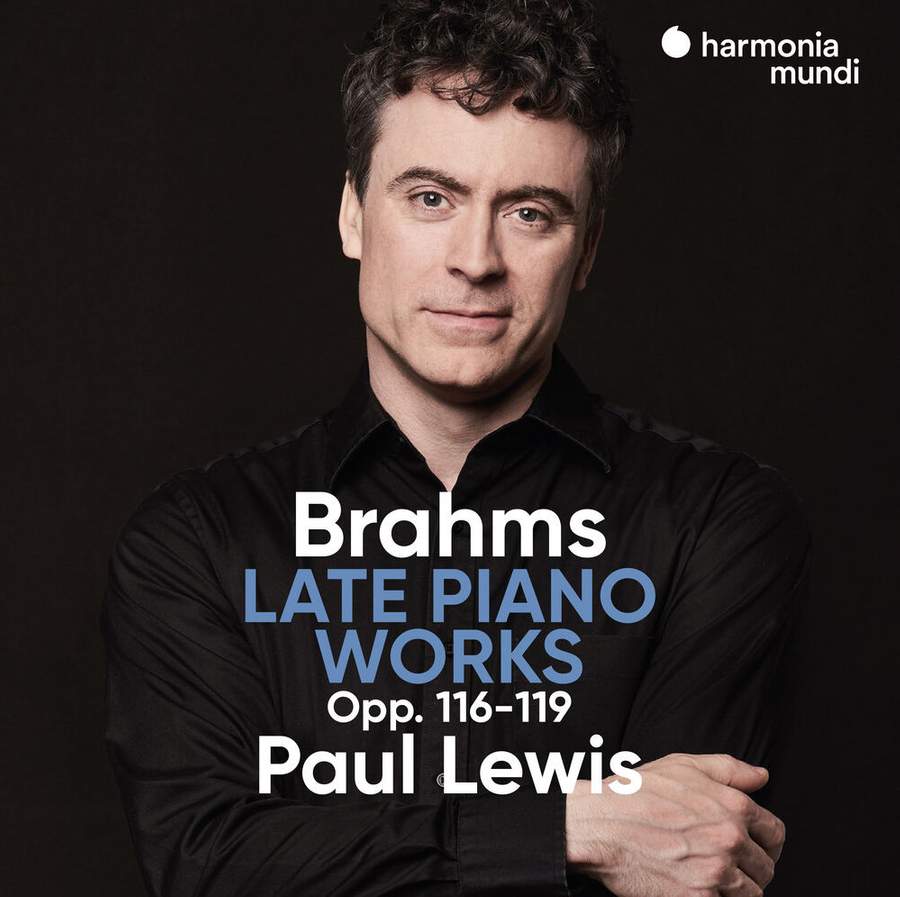 If a single word were to describe what pianists played in public during the 19th century, it might be ‘variety’. Chopin would have thought it absurd that anyone would consider playing all his Preludes as a group. Clara Schumann didn’t play her husband’s cycles in their entirety but carefully chose individual pieces. And the idea of Liszt playing all the Transcendental Studies or even an entire book of the Années at a sitting is inconceivable. Fashions change, of course, and our ideas of programming today have been largely formed by the advent and marketability of recordings. But not all repertories fare equally within our completist/chronological template, and the piano pieces Brahms composed after 1870, many would argue, suffer a particular disadvantage.

Paul Lewis has a great deal to say in these small works, despite their preponderance of formal, colouristic and affective similarity. His overall sensitivity to voice-leading is one of the recording’s strengths, but never more than in the liquid textures of the B minor Intermezzo (Op 119 No 1). He creates deft contrasts, as in the troubadour’s song tucked within the bracing Crusader’s march of the E flat Rhapsody (Op 119 No 4). Rare atmosphere is achieved in the E flat minor Intermezzo (Op 118 No 6), with its thematic kinship to the ‘Dies irae’, which seems almost tantamount to viewing a fresco of the Black Death in time of plague. And if it were possible to speak of drama in these smaller lyrical forms, the middle section that emerges from the foreboding gloom of the C sharp minor Intermezzo (Op 117 No 3), could be mistaken for catharsis, or at least the recollection of better times.

Yet the excellences of individual pieces must also be considered in the broader context of their peers, and it is here that Lewis occasionally comes up short. The ambiguity of the A major Intermezzo (Op 118 No 2), a rare instance of unalloyed tenderness among these pieces, allows it to become swamped with the surrounding melancholy. Inconsistent articulation compromises the character of the G minor Rhapsody (Op 118 No 3), leaving us uncertain of the meaning of all those staccatos. Acute nervousness? Impatience? Jauntiness? Wariness? Exasperation? A point of view would be helpful.

If your mood leans towards music of relentless sadness and resignation, this could well be your disc. On the other hand, more varied and perhaps more sharply focused interpretations of this repertory can be found in recent recordings by Jonathan Plowright (BIS, 12/14, 2/16, 4/17 and 12/17) and Stephen Hough (Hyperion, 1/20).