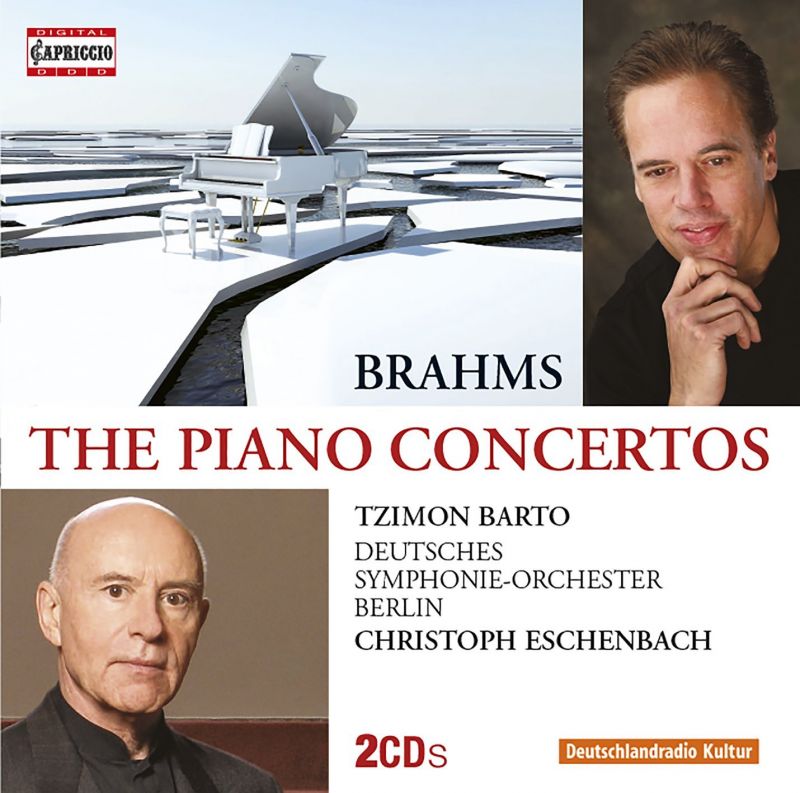 ‘Tzimon Barto has had such a bad press, in this country at least, one is drawn instinctively to his side.’ So wrote Robert Layton in his ‘Quarterly Retrospect’ in May 1990. Yet in the end he, too, could only regret that so competent a technician could be so self-regarding an interpreter, labouring Rachmaninov’s Third Piano Concerto and pulling it perversely out of shape at every twist and turn. Solo records of music by Chopin, Liszt and Schumann followed, causing Joan Chissell to temper disappointment with the hope that here was a talent that might mature. To judge by these Brahms concerto recordings little has changed.

If a positive note is to be struck, Barto’s approach makes for an atmospheric, albeit melodramatic reading of the first of the Op 10 Ballades, the narrative of the young Scot who has slain his father at his mother’s behest. By contrast, the third Ballade, the scherzo of the set, receives a refreshingly straightforward reading. The remaining two pieces, the fourth in particular, are taken rather too slowly for comfort. And it is this – along with the fact that the Ballades are split, two apiece, across the two discs – which rules out wider recommendation. Brahms almost certainly saw the Ballades as a sequence, a point well made by such distinguished interpreters as Kempff, Katchen, Arrau, Gilels (he particularly so) and Michelangeli.

As to the concertos, here it is possible to register only dismay at the agogic distortions to which Barto subjects passages of solo exposition (his entry in the D minor First Concerto has to be heard to be believed), the lumpen brutality of many of his fortissimos and an unusually protracted treatment of both opening movements. There is insight and refinement in some stretches of the D minor Concerto and during the Più adagio which prefaces the cello’s reprise towards the end of the slow movement of the B flat Concerto. Yet such things barely compensate for larger aggravations.

Christoph Eschenbach has been a loyal Bartovite for over 25 years but the playing of the Berlin orchestra is no better than one would expect of musicians faced with accompanying performances as uneven as these.