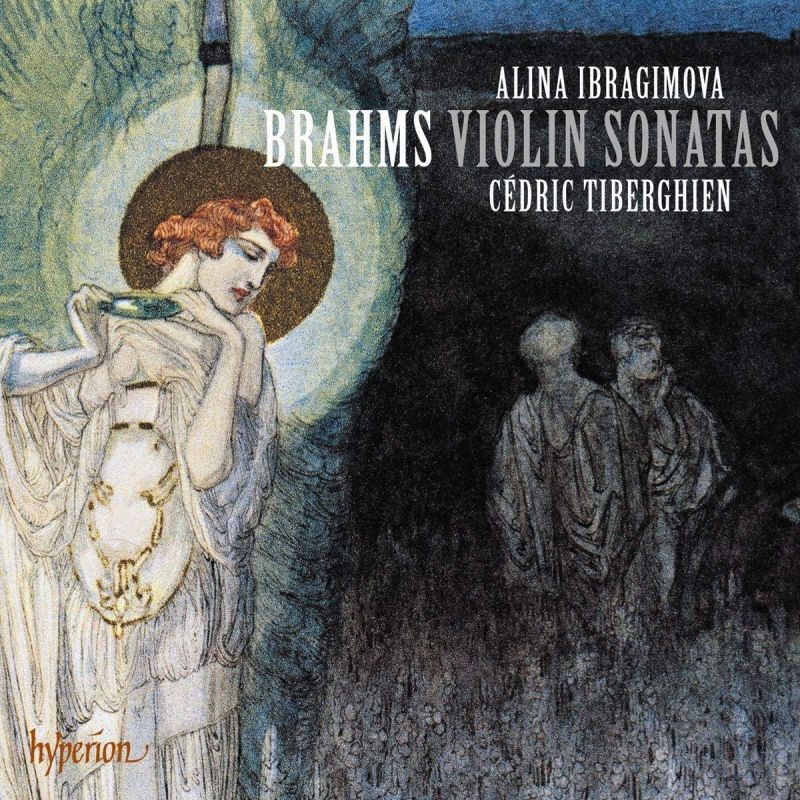 Alina Ibragimova’s quiet playing is perhaps the most arresting feature of these performances, especially as she and Cédric Tiberghien are extremely attentive to the preponderance of piano and pianissimo markings in all three of Brahms’s violin sonatas. Listen to the lyrical centre of Op 78’s finale, say, where the music shifts from rain-soaked G minor to radiant E flat major. On first hearing I was disappointed that Ibragimova holds back even when the melody suddenly takes wing (first at 4'06" and then, again, an octave higher); later, with the score in front of me, seeing that in fact the entire thematic section is marked piano, her apparent reticence made sense.

There are more than a few places, however, where the violinist responds to Brahms’s expressive indications a little too coolly for my liking. Her tone is more chaste than sweet in the opening phrases of Op 100’s Andante tranquillo, for instance, despite the dolce directive; for contrast, try Tetzlaff, who plays it with profound tenderness (Ondine, 9/16). Ibragimova and Tiberghien’s hurried tempo doesn’t help matters, either. And while both musicians are generally scrupulous when it comes to dynamics, other crucial markings are overlooked. Where, for example, are the violin’s hairpin crescendo-diminuendos in the primary theme of Op 108’s Allegro? Tetzlaff, for one, makes dizzying drama from this key detail.

Still, there are marvellous moments and entire movements that make this beautifully recorded disc worth hearing. The finale of Op 100 conveys both warmth and wonder through subtle colouring, supple phrasing and a streamlined narrative trajectory; and the delicacy of Op 108’s third movement is ravishing, thanks in large part to Tiberghien’s feather-light touch. Indeed, the pianist’s playing is captivating throughout, his pianissimos just as breathtaking as his partner’s. Their choice of encore, a Romance by Clara Schumann rather than the usual Scherzo from the FAE Sonata, is most welcome, and they find rich emotional ambiguities in the music’s melodic and harmonic intricacies.

Sonata for Violin and Piano No. 3