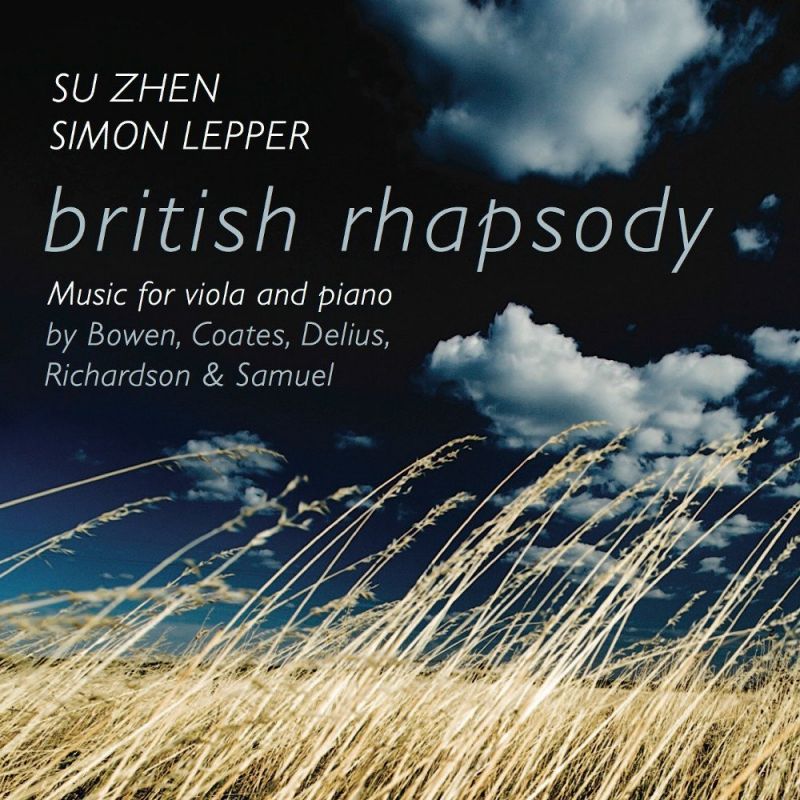 This disc, on the ever-enterprising Stone label, brings together an attractive collection of rare viola music by British composers. It is not always realised that Eric Coates, famed for his light orchestral pieces, favourites as signature tunes, wrote chamber pieces like this trifle, First Meeting, a simple, tuneful piece here played in its original viola form. The Scottish composer Alan Richardson, best known as an academic, wrote this Rhapsody for his viola-playing fellow Scot, Watson Forbes; it is a charmingly varied piece in sharply defined sections, some revealing a Scottish folk element.

Lionel Tertis transcribed his friend Delius’s Second Violin Sonata for viola when he wanted to record it back in the 1920s. It was one of the composer’s last works before syphilis struck him blind, and in this viola form it was approved by the composer. It emerges here fresh and attractive, beautifully laid out for the instrument, with a charmingly jaunty motif typical of the composer.

The Welsh composer Rhian Samuel (b1944) wrote her three evocative pieces Blythswood inspired by a holiday she had staying in the Scottish Highlands. Brief as they are, their expressive range is wide, with the first ending in a whisper and the last building to a huge climax, powerfully caught by the artists here. The Phantasy of York Bowen, in some ways the most powerful piece on the disc, won first prize in 1918 in the competition organised by WW Cobbett, with the intention of popularising the one-movement ‘phantasy’ form as devised by the Elizabethans. This inspires the composer to write viola music of a virtuoso brilliance, splendidly played by Su Zhen and Simon Lepper in this well-recorded Stone disc.

Phantasy for Viola and Piano

Rhapsody for Viola and Piano