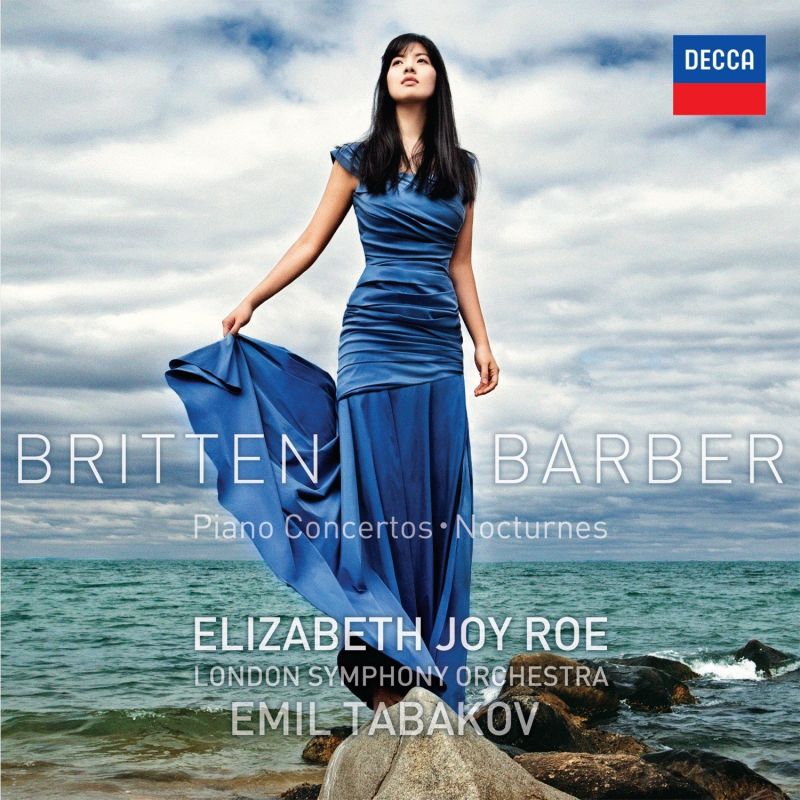 In many ways the Britten and Barber piano concertos make an attractive fit, sharing a similar bittersweet lyricism, though Britten in the troubled 1930s invests his music with more of an edge than Barber in the nostalgic 1960s. Korean pianist Elizabeth Joy Roe sets off into the Britten at quite a lick, getting the notes to sparkle. Her playing favours a consistently light touch and precision, while Emil Tabakov’s conducting is founded on strong colours, abetted by some characterful playing from the LSO wind and brass. The result can feel uncomfortably like a meeting of opposites, with the pianist too mild against a bold accompaniment, but the performance has enough personality to hold one’s attention.

The Barber Piano Concerto shares the same strengths and weaknesses. Elizabeth Joy Roe’s pinpoint playing allows the elegiac slow movement to speak with a cool-headed intimacy but as soon as Barber’s neo-romantic sails start to swell it is Tabakov’s LSO, with its deep sonorities welling up from below, that takes the lead. The two solo piano fillers – Barber’s Nocturne (Homage to John Field), Op 33, and Britten’s Night Piece (Notturno) – make well-chosen encores, almost mirror images of each other. The composer’s own recording of the Britten with Sviatoslav Richter remains self-recommending and the same might be said of either of the two recordings of the Barber by John Browning, the work’s dedicatee. But, if this pairing fits, the disc deserves a qualified recommendation.