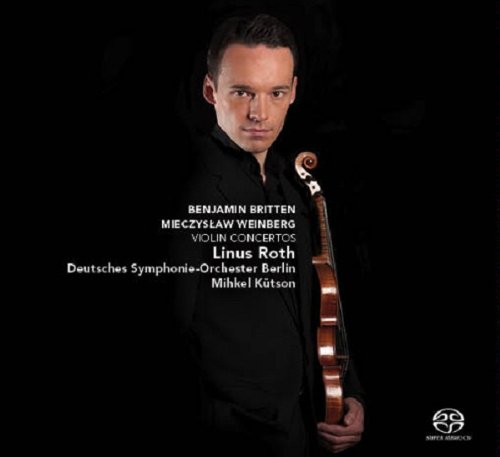 Weinberg’s Violin Concerto was composed in 1959, around the time of Shostakovich’s Cello Concerto No 1. Its sturdy, unrelenting first movement seems to have less elevated targets in its sights – something more like the instant gratification of Khachaturian’s Concerto. But the momentarily chastened final pages set the tone for two exploratory inner movements that mull over some of the same ideas in calmer and ultimately rather touching spans, making the Shostakovich comparison more realistic. Driving momentum returns in the Allegro risoluto finale but here, too, the music finally subsides to a pianissimo conclusion that even in the most sympathetic hands can leave behind a slight impression of falling between two stools.

The Concerto drew extravagant praise from Shostakovich. Jens Laurson’s booklet essay for the new Challenge Classics recording goes a stage further, claiming that it ‘stands shoulder to shoulder…with anything…the [20th] century has to offer in the genre’. Be that as it may, it has certainly found a fine champion in the shape of Linus Roth. The German violinist presented his credentials in an impressive three-disc set of all Weinberg’s violin and piano duos for Challenge Classics last year (9/13). But he is on even more commanding form here, surpassing Ilya Grubert’s worthy account for Naxos and bearing comparison with Leonid Kogan’s reference recording previously available on Olympia. Kogan and Kondrashin may be the more implacably driven but Roth and Mihkel Kütson find more subtlety and range of colour, and they are far better recorded, with no sign of the boxy acoustic that marred Roth’s Weinberg sonatas.

Britten’s Concerto is anything but a token filler. It too, has Shostakovian affinities, though any similarities with the latter’s Concerto No 1 – composed nearly a decade later and featuring another phantasmagoric scherzo, another passacaglia and another massively demanding cadenza – have to be coincidental. In fact the violin-writing owes much to the athleticism of Prokofiev’s two violin concertos and to some extent also to the Berg Concerto.

Roth has stiff competition here but once again he sounds as though he has the music entirely in his fingers. That much cannot quite be said of Mark Lubotsky’s pioneering account with the composer conducting. In fact the more pertinent comparison is with Vengerov, and while the Russian is peerlessly authoritative, there are plenty of phrases where Roth’s approach is not just equally valid but even a touch more imaginative. In short, an outstanding disc.