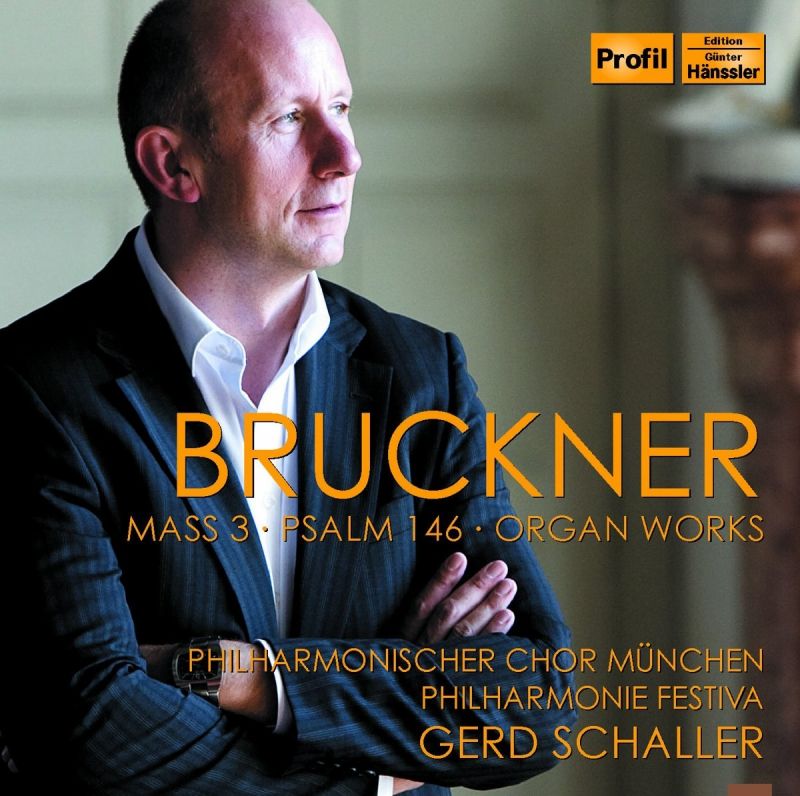 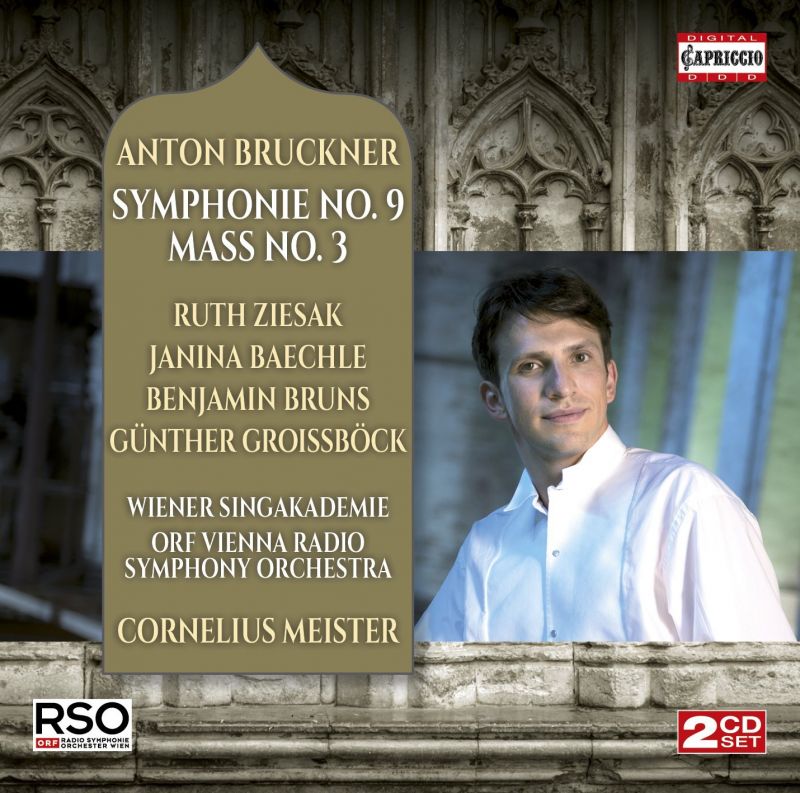 The seemingly endless flow of Bruckner symphony releases makes it easy to forget that some of the composer’s most inspired music is found in his liturgical works. Here are two recordings of the Mass No 3 to help redress that balance. Of these, the performance by Gerd Schaller is quite exceptional, making a superb pendant to his recently completed cycle of the symphonies. The orchestral opening of the Kyrie immediately catches the ear with its depth of expression and seriousness of purpose, and the performance benefits throughout from the commitment and radiance of the choral singing. Schaller’s tempo for the Gloria is slightly slower than usual but the result has a Klemperer-like weight and impact, and the performance of the Benedictus, a movement which anticipates the great symphonic adagios to come, is ineffably moving. All four vocal soloists are on superlative form and the performances of the various instrumental solos, notably violin and viola in the Credo and oboe at the close of the Agnus Dei, leave nothing to be desired. The recording is as excellent as the performance.

Bruckner’s reputation as a composer rests almost exclusively on the series of mature works that followed the completion of his studies with Otto Kitzler in 1863 at the age of 39. However, a considerable number of works exist from before this time, including Psalm 146, a 30 minute piece for soloists, double choir and orchestra that dates from no later than 1858. It’s a markedly lyrical work with recognisable Brucknerian fingerprints and, as Peter Quantrill observed in his Specialist’s Guide on Alleluias (3/16), a concluding fugue of remarkable invention and sophistication. Schaller’s richly articulate performance is the first recording since Wolfgang Riedelbauch’s pioneering account of 1972 (available from klassichaus.us) and is a valuable contribution to the Bruckner discography. Further rarities are provided in the form of five short organ pieces composed between 1843 and 1884, comprising almost the entirety of Bruckner’s output for an instrument on which his performing skill was legendary. Although Bruckner’s famous improvisations are lost to posterity, Schaller also includes an arrangement by the organist Erwin Horn of a three-page sketch Bruckner made for a performance in 1890. Based largely on the finale of the First Symphony, the sketch provides an idea of how one of Bruckner’s organ improvisations might have sounded. Schaller’s performances of these pieces, using the main organ of the Ebrach Monastery, are expertly delivered.

If not quite on the same level as Schaller’s performance, Cornelius Meister’s account of the Mass No 3 is well prepared and imaginatively paced. With dynamic markings scrupulously observed and disciplined choral singing, the work’s quieter passages sound especially luminous. However, these benefits are negated by a recording that becomes congested in louder passages, blunting the impact of much of the Gloria and Credo. In addition, Meister’s soloists, as fine as they are, do not communicate the same commitment as their counterparts on the Profil recording. Meister’s coupling is a performance of Symphony No 9 in its traditional form without the finale. Somewhat better recorded than the Mass, the performance is warmly expressive and spontaneous, although not especially heaven-storming.

Both sets have booklet-notes in English, although no translations of the texts are provided, which is disappointing in the case of the rarely heard Psalm 146. Despite this omission, the Profil set is an essential release for anyone interested in Bruckner’s music.

BRUCKNER Mass No 3. Symphony No 9