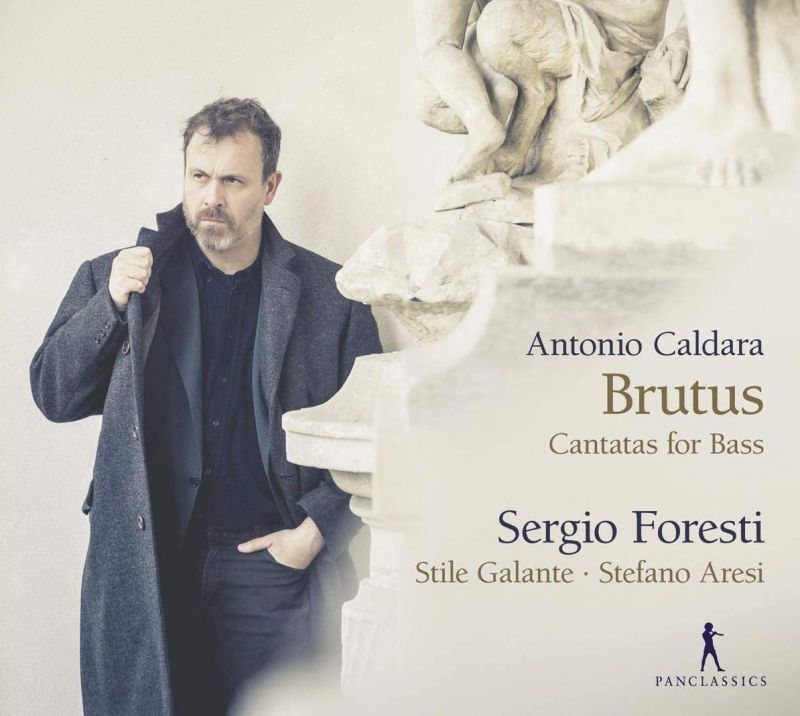 These six cantatas for bass voice with only basso continuo accompaniment are in a manuscript preserved in Bologna but perhaps date from Caldara’s last 20 years in Vienna. Bruto a’ Romani is a political speech by Lucius Junius Brutus (the founder of the Roman Republic) rallying the people to overthrow the tyrannical king Lucius Tarquinius Superbus, whose son has raped the noblewoman Lucretia. According to Livy, Brutus made this speech immediately after Lucretia had committed suicide. Sergio Foresti declaims the poetry with marvellous clarity and rhetorical sensibility, and he sings the wide-leaping part with technical finesse; there is a compelling juxtaposition of open-throated roar and articulate intimacy in an invocation to Astraea (goddess of justice) that seems as much an elegy for Lucretia as it is a call to overthrow the decadent monarchy.

Il Polifemo takes its cue from Homer’s tale of the tormented Polyphemus’s impotent fury upon being outwitted and blinded by Ulysses – cursing all and sundry, he hurls himself into the sea. Il Dario (c1727) is the Persian king Darius, defeated by Alexander the Great, and who believes his beloved wife is lost to him forever. An extraordinary central recitative imploring the gods to end his life is flanked by portraits of weeping in which pathos-laden contrapuntal details are beautifully sung and played. Il Sansone is a dramatisation of the Old Testament story in which the hero bewails his blindness, feels his strength returning and brings the temple of Dagon down upon the Philistines.

At the other end of the spectrum are two cantatas on conventionally pastoral subjects: A destar l’alba col canto is a melancholy poem arguing that cheerful birdsong at dawn masks being robbed of peace by a fickle lover (a topos straight from Petrarch), whereas Partenza amorosa is Lidio’s seductive music of farewell to his Arcadian lover Amaryllis; its centrepiece ‘Onde, voi che mormorate’ proves both the lyrical qualities of the composer and the skills of his interpreters, with emotionally aware accompaniments played with expressive variety and sensitivity by cellist Agnieszka Oszanca, theorbist Gabriele Palomba and harpsichordist Andrea Friggi.