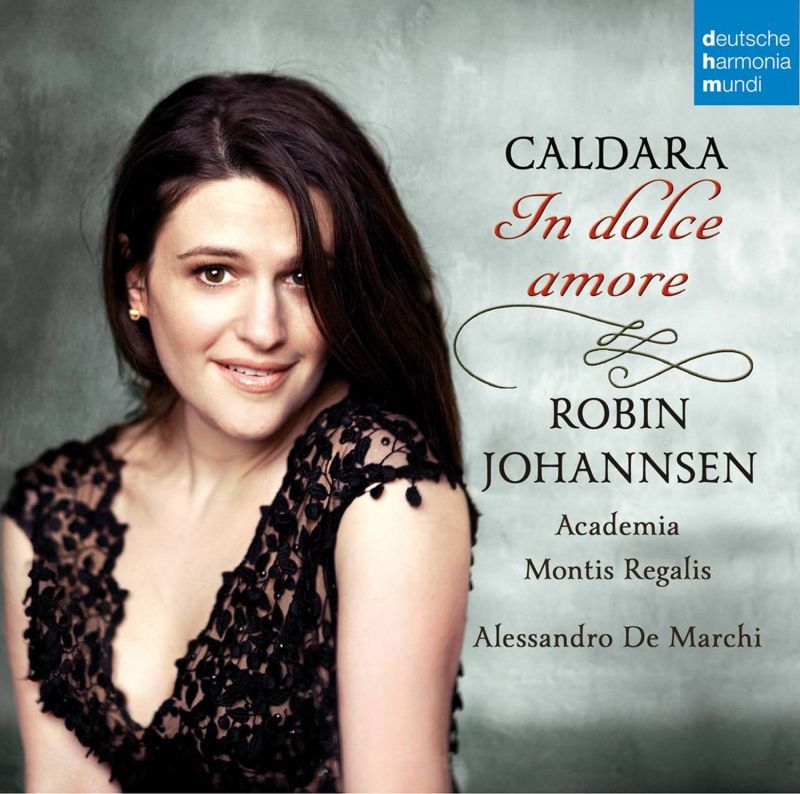 The Venetian Antonio Caldara worked at the Imperial court in Vienna from summer 1716 until his death 20 years later. Robin Johannsen performs arias from six Viennese operas, some of which were first settings of new librettos by the court poet Metastasio. A pair of warbling recorders adorns Sabina’s touching siciliano ‘Numi, se giusti siete’ from Adriano in Siria (1732), and Johannsen sings with limpid sweetness in Emilia’s ‘In dolce amore’ from Scipione Africano (1735). There are judicious contrasts in dramatic situations and musical moods, such as the unjustly condemned Dircea’s chromatically expressive ‘Se tutti i mali miei’ from Demofoonte (1733) in comparison to the flirtatious comedy of Dorina’s ‘Una donna’ from I disingannati (1729).

Another strand is three cantatas written in Rome during Caldara’s years as Prince Ruspoli’s maestro di cappella (1709 16; in preceding years Handel unofficially provided similar music for Ruspoli’s conversazioni). The Roman disciples of Corelli would have felt at home in the sinfonia that introduces Begl’occhi adorati (1715). Academia Montis Regalis adopt a jagged manner to convey the shepherd Fileno’s torment in ‘L’ardor che in petto sento’; an understated approach to the sarabanda might have hinted astutely at the ecstasy of his suffering love. An unhappy lover complains that Cupid has destroyed his brief experience of peaceful contentment in Rotte l’aspre catene (1715), whereas the bossy Irene scolds her fickle boyfriend in Credea Niso (1712). Academia Montis Regalis and Alessandro De Marchi accompany with robust directness or lighter delicacy as required, and Johannsen’s versatile singing helps to reveal an enriching glimpse of Caldara’s virtues.