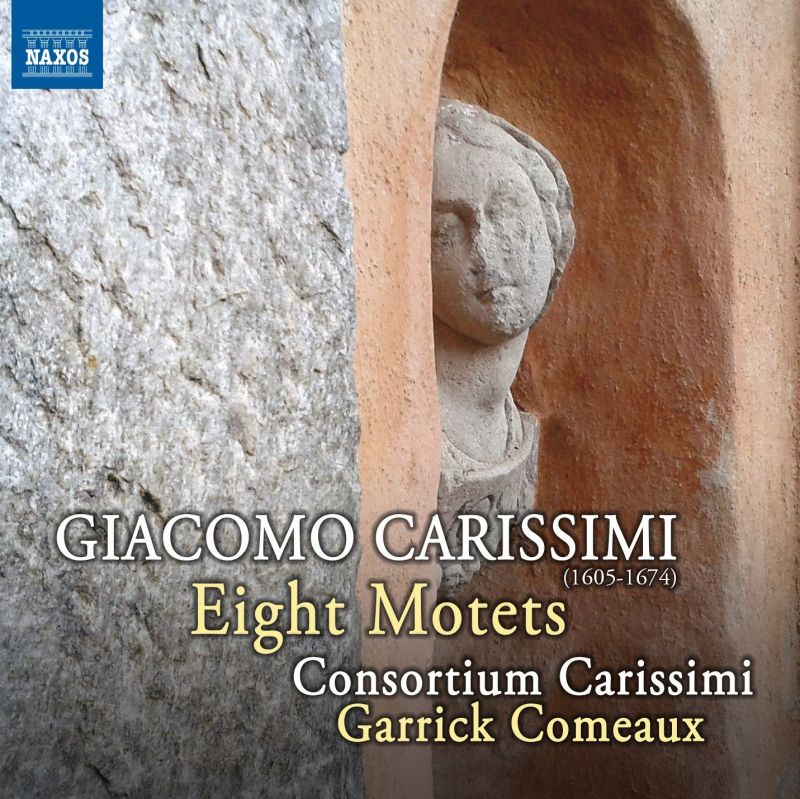 Garrick Comeaux leads the Consortium Carissimi – founded in Rome in 1996 and established in Minneapolis-St Paul 10 years later – in a fourth volume for Naxos devoted to their namesake: eight motets which, in their variety of forms and textures, capture the composer’s stylistic command. The performances are confident and secure, although there are some uncomfortable moments; generally, the more vibrato the group employs, the more pleasing the effect and the better the intonation.

Usquequo peccatores is an impressively dramatic 20-minute set piece for three choirs, and in his booklet-note Comeaux comments that its size and length ‘have made musicologists ponder the difference between a motet and an oratorio’. This is followed by a Dixit Dominus that, in the space of six minutes, rolls out a lovely instrumental introduction to exquisite passages radiantly sung by sopranos Heather Cogswell and Link Kauffman which themselves express spiritually charged emotional states. In Timete Dominum, a tour de force for five voices, Carissimi finds just the right blend of smoothly devotional song and lyrical ecstasy.

With no surviving autograph manuscripts, Comeaux and his Consortium crew had to prepare their performing editions from copies made by the composer’s contemporaries, in locations ranging from London, Paris and Rome to Kremsmünster, Uppsala and Kroměříž. Recorded in the Church of Saint Therese in Deephaven, outside Minneapolis, the spacious, unforced sound elucidates the waves of sound Carissimi’s music calls for.