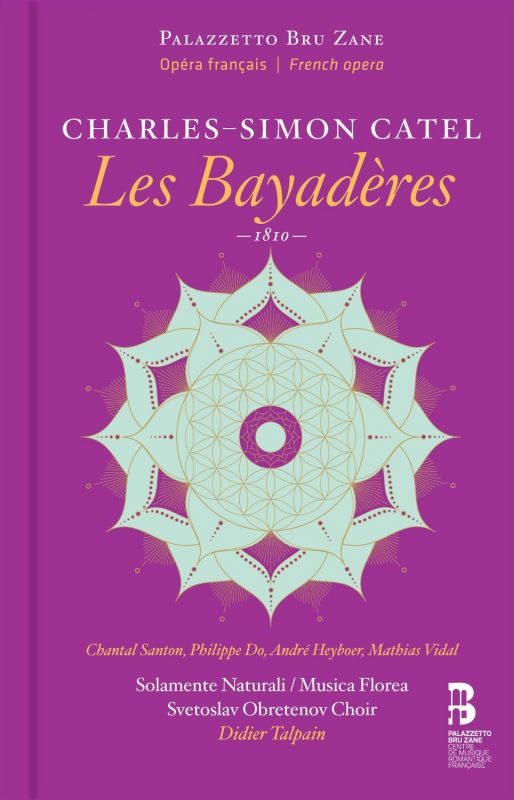 The latest addition to the Palazzetto Bru Zane’s series of once well-known, now forgotten, French operas takes us to a fascinating example of early orientalism. Dating from 1810, Charles-Simon Catel’s Les bayadères sits midway chronologically between Mozart’s Entführung and the more lavish evocations of the East that would become a staple of grand opéra. Musically, however, it often feels much closer to the Mozart, with just a sprinkling of ‘Turkish’ effects to offer local colour, and passages of priestly solemnity that sound like offcuts from Die Zauberflöte.

As Gerard Condé’s excellent accompanying essay explains, there’s a great deal borrowed from that paragon of Second Empire opera, Spontini’s La vestale (1807), both in terms of the Gluckian sincerity of its score and its plot. Here the earlier work’s vestal virgin becomes a favoured bayadère, Laméa – a sacred dancer who, like Spontini’s Julia, is also sworn to celibacy. The Rajah Démaly loves her but is obliged to marry a member of his harem. A subplot, though, sees her and her fellow bayadères save their kingdom from invaders with their charms, an episode that must have set pulses racing at the time, especially uncomplicated by the colonial angst that would colour later exoticism.

Catel’s score wafts along decorously at first, offering a delightful semi-comic number for a trio in which three catty members of the harem enumerate each other’s faults. But the music gains in stature as the plot unfurls. There are some impressive set-piece scenes, including two powerful marches (one seems to echo Figaro, the other to look forward to Les Troyens), and the whole thing builds up impressive dramatic momentum.

Didier Talpain draws punchy if slightly relentless playing from the combined forces of Solamente Naturali and Musica Florea. There are fine soloists, too, led by Philippe Do’s eloquent, clean-voiced Démaly and Chantal Santon’s Laméa, sung with commitment if not an ideally bright timbre. The vivid chorus is often balanced a little far back but otherwise the engineering is clear. I’m not sure if Les bayadères would stand up in the theatre but it’s a fine work, and this lavishly presented set is most welcome for letting us hear it.