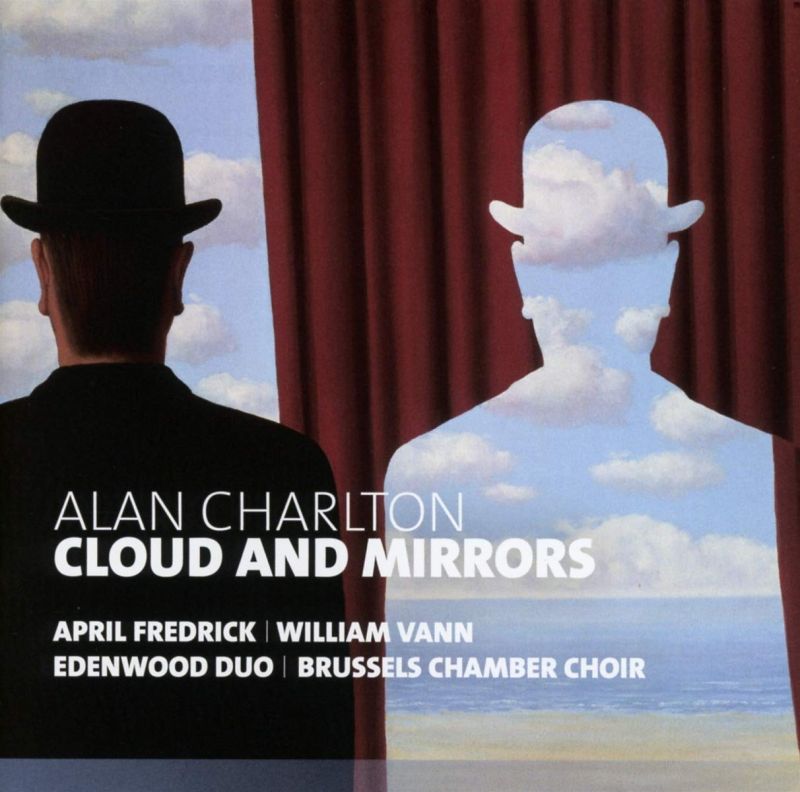 Composer, performer, educator – Alan Charlton (1970-2018) packed a great deal into his all-too brief life, and this release (mostly recorded over the months prior to his death) provides a welcome selection of his later work. Most substantial is the song-cycle The Cloud (2015), its six sections each featuring a stanza of Shelley’s eponymous poem – a typical mixture of the inspired and contrived to which Charlton responds with music of finely wrought eloquence but also some prolixity, exacerbated by repetition of words and phrases to overly rhetorical effect. Not that this fazes April Fredrick, whose vocal assurance goes a long way towards sustaining the half-hour whole, throughout which she is ably supported by William Vann.

Charlton was an enthusiastic choral singer, reflected in the pieces included here. The Snow in the Street (2011) sets William Morris’s nativity poem with affecting emphasis on those solo voices depicting the shepherds, whereas Gaudete! (2014) offers an incisive reappraisal of this familiar text. The Suite for cello and guitar (2005) is striking for the ways in which Charlton combines the instruments so timbre and texture converge in numerous and intriguing ways – not least the engaging ‘Tarantella’ and soulful ‘Cantilena’. Fantasy (2011) is an amalgam of technological and harmonic innovation over an ingenious and resourceful three-part sequence.

The performances underline the respect in which Charlton and his music are held, the various acoustics skilfully managed and the annotations commendably detailed (further information at alancharlton.com). As an overview of a distinctive talent, this is worth investigating.

The Snow in the Street

Suite for Cello and Guitar