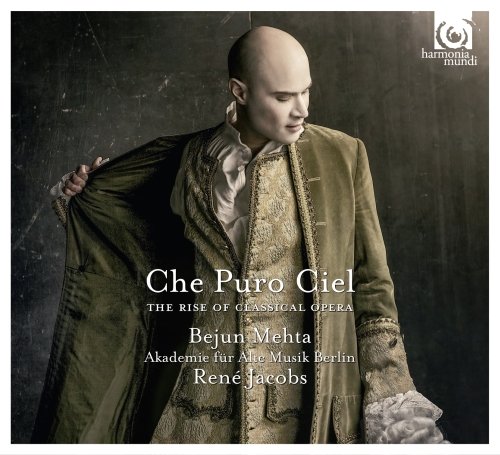 The American countertenor Bejun Mehta’s thoughtfully chosen programme takes as its theme the new aesthetic of the 1750s and ’60s that put dramatic truth before virtuoso excess. At the centre of Italian operatic reform were Gluck and his younger contemporary Tommaso Traetta, celebrated in his lifetime for his fusion of Italian opera seria with French tragédie lyrique. Mehta chooses three numbers from each composer, beginning with a performance of Orfeo’s ‘Che puro ciel!’ that grows, movingly, from rapt wonder to passionate yearning. Always acutely alive to text and dramatic situation, Mehta is equally vivid in two contrasting arias from Gluck’s Ezio, one all tender concern, the other heroically flamboyant, with Jacobs and the Berlin period band in no-holds-barred support – and never mind the over creative, and anachronistic, fortepiano continuo.

The Traetta pieces are hardly less memorable. If Mehta’s highest notes can rasp in Emone’s ‘Ah, se lo vedi piangere’ from Antigona, he gives a performance of high-octane abandon, spurred on by quivering, writhing strings. His soft singing and refined phrasing are persuasively heard in the gentle minuet in which Emone implores Antigone to save herself, and in a stately aria from Hasse’s Il trionfo di Clelia, its wide leaps elegantly negotiated.

Elsewhere JC Bach – writing within the traditional Metastasian opera seria aesthetic – is represented by a terrific ‘storm-at-sea’ aria which singer and orchestra dispatch with a barely controlled wildness. Mehta’s dramatic involvement elevates some rather routine invention in the items by the teenage Mozart, not least in a bravura aria from the tension-free serenata Ascanio in Alba, where the coloratura is expressive, never a vehicle for empty posturing. Superb choral cameos – dulcet in the Elysian chorus from Orfeo, by turns insinuating and venomous as the Furies in Traetta’s Ifigenia – set the seal on the most enjoyable, intelligently planned countertenor recital to have come my way in years.