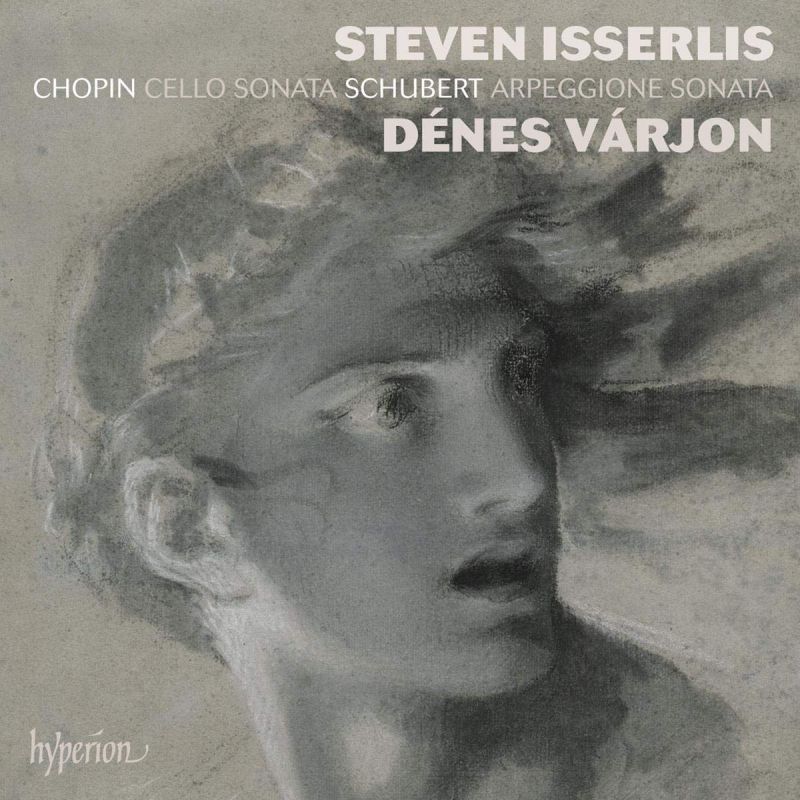 Can it really be 10 years since Steven Isserlis and Dénes Várjon proved a wonderfully innate partnership with their disc of Schumann cello music (5/09)? This new disc is every bit as impressive, perhaps even more so.

The very first thing we hear is the beautiful 1851 Érard, as Várjon launches into Chopin’s Introduction and Polonaise brillante (the pitch a tad lower than modern-day concert tuning). The two players bring to the Introduction a sense of freedom – consoling one moment, delicate the next, and then altogether more mournful – and the composer’s high-lying filigree in the keyboard has an effortless fluidity. The Polonaise struts its stuff without ever sounding effortful, with Isserlis’s pizzicatos really pinging through the texture. Passagework that, in some hands, can seem like mere stuffing is here never less than scintillating. Gautier Capuçon and Martha Argerich are, true to form, more extreme in this work, the polonaise rhythms exuberant, perhaps too much so, with Capuçon favouring a more full-on vibrato.

Isserlis always plans his programmes painstakingly, and here makes a case for Auguste Franchomme – cellist, composer and faithful friend of Chopin’s – whose C minor Nocturne is an elegant affair, melodically charming if not harmonically particularly striking. But you couldn’t imagine it being better played and it certainly doesn’t outstay its welcome.

This forms a neat link from Chopin in brillante mode to his last published masterpiece, the Cello Sonata. I have to confess that I’ve sometimes felt that this can sound meandering with its first-movement repeat (a sensation I had with Alban Gerhardt and Steven Osborne, also on Hyperion, who at times sound uncharacteristically unconvincing in this work). But not here: one of the discoveries Isserlis mentions in the notes – his usual mix of quiet erudition, enthusiasm and self deprecating humour – is that the tempo for this movement shouldn’t be Allegro moderato but Maestoso, which gives it a quite different mood.

We get a real sense of give and take from the off, Isserlis and Várjon giving Chopin’s lines a pliable quality that brings them to life, while the beautiful second subject is given time to breathe, to rapturous effect, the two players taking the dynamics right down. Throughout, the Érard is the ideal vehicle for conveying the airiness of Chopin’s filigree passagework, while the two musicians relish the moments of stillness in Chopin’s more inward writing.

The Scherzo dances with a rare sense of ease, Isserlis surmounting the shifts in register effortlessly and the climaxes never becoming overblown even when Várjon is playing at full pelt. The slow movement has the intensity that du Pré and Barenboim bring to it, which is rather lacking in the hands of Gerhardt and Osborne, yet it never feels overstated, Isserlis letting the plangency of the cello’s phrases speak for themselves, and while the tempo is unhurried the sense of forward motion is unerring. The finale is another place where the choice of piano makes a great difference to the overall effect – on a modern instrument it’s all too easy for the piano to overwhelm. But here Várjon can play out, which he does to joyous effect.

Their Schubert Arpeggione is similarly thoughtful and full of details that so often pass by unnoticed. Isserlis talks in the notes of the work’s ‘immense, if understated, sadness’ and that is beautifully brought to life here, from the aching introduction onwards. The cellist and pianist of Trio Dali impressed me in this work a while back, similarly yearning yet also capturing the sonata’s moments of geniality. The slow movement on this new account perfectly balances rapture, simplicity and beauty, the dynamic shadings used to potent effect. The finale, too, is not simply the consoling affair it can be, but full of poignant asides.

As a bonus we get two song transcriptions in Isserlis’s own arrangements; Chopin’s Op 74 No 13 conjures a mood of great tragedy within its brief span, while Schubert’s ‘Nacht und Träume’ has a beseeching quality that is simply irresistible. Hyperion’s engineers have given the two players a fine recording, detailed and immediate.

Even among Isserlis’s many fine discs, this one stands out. And if you still need convincing that the Chopin Cello Sonata is a total masterpiece, this is the recording to do it.

Sonata for Arpeggione and Piano

Martha Argerich - And Friends Live from the Lugano Festival 2009