Cello sonatas by a trio of Polish composers with French connections 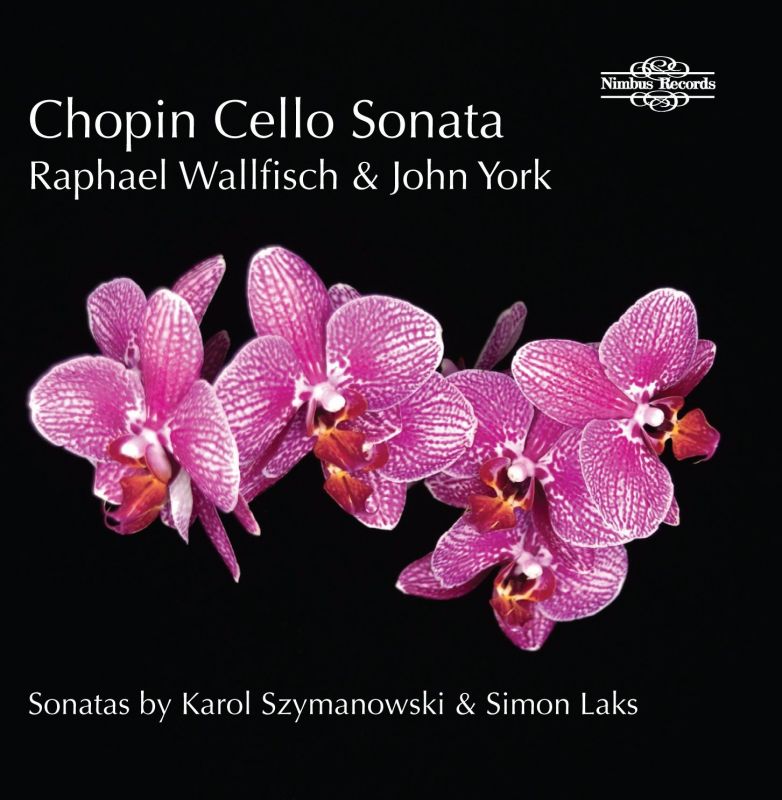 Described puzzlingly as “Chopin Cello Sonatas” – yes, he only wrote one – this is in fact a well planned programme that brings together a trio of Polish composers who all had strong connections with Paris. The performance of the Chopin Sonata is unusually successful. One is often conscious in this work of a mismatch between the characteristic elaboration of the piano part and the writing for cello, generally more plain and unadorned, but Raphael Wallfisch’s eloquence disposes of any problem; the two instruments, each with its distinctive role, balance one another perfectly. There’s an air of spontaneity, yet the expressive weight of each phrase is carefully considered, by York as well as by Wallfisch, giving the whole work a powerful sense of unity. For example, the elegiac character of the first movement has a pervading influence that’s felt even in the more light-hearted finale.

York and Wallfisch adopt a no-holds-barred approach to the ultra-romantic Szymanowski, a successful transcription of his early Violin Sonata. Their grand gestures carry complete conviction and sweep us along, even over the finale’s obsessive repetitions. In the central movement there’s some relaxation and a hint of Szymanowski’s characteristic impressionism.

Simon Laks had already settled in Paris when he wrote his 1932 Cello Sonata. There are echoes of Les Six, Stravinsky and Ravel, whose G major Violin Sonata surely provided the model for the languid, bluesy middle movement. It’s a deftly composed, attractively varied work and, as with the other items, the performance is exemplary.