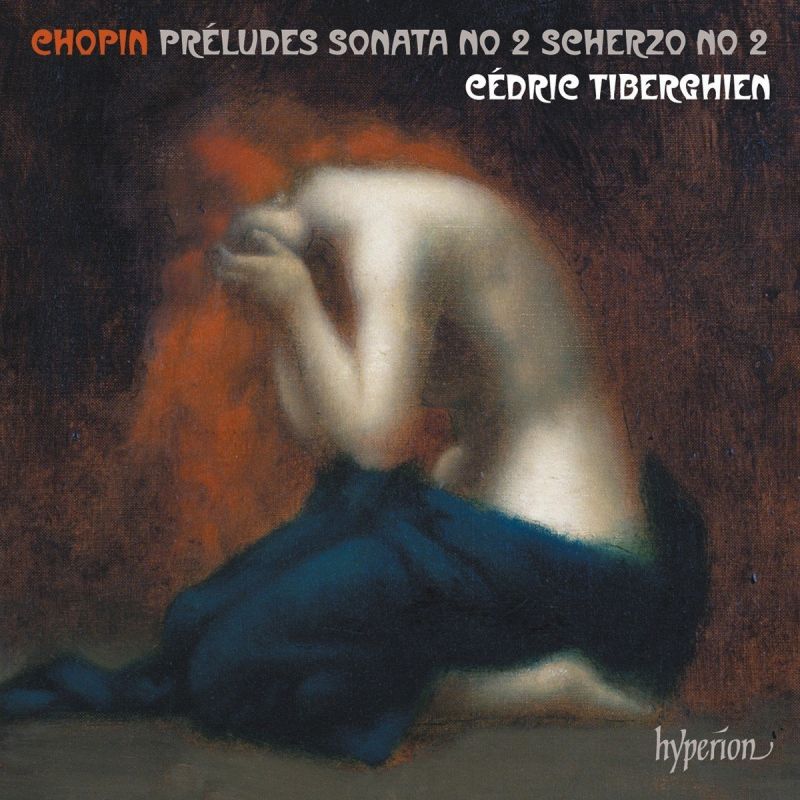 We may currently be thinking of Cédric Tiberghien in terms of his fabulously colourful Bartók cycle or crystalline Mozart sonatas with Alina Ibragimova, but think back to his pre-Hyperion days and you may recall a couple of much-admired Chopin recordings for Harmonia Mundi. As his Preludes abundantly demonstrate, he’s a Chopin player of real class. There’s absolutely no grandstanding in this set, even in the most extrovert numbers. Instead he seems to be playing to himself – listen to the quietude he finds in No 4, with its subtle gradations of pianissimo, or the way the music fades to nothing in the mesmerising closing moments of the Sixth. Even in the more full-throated Preludes, there’s a very French-style fingeriness to Tiberghien’s articulation that means textures never become heavy or stifling. Sample the tempest of the 12th or the driving 18th (where Fliter is far more highly charged). The chordal No 20 is less grandiose than some but again it’s within the scale of everything else Tiberghien does. If he seems a little understated in the motoric No 22 (Fliter is especially compelling here), he gives Cortot a run for his money in No 23, in terms of sheer delicacy (and how well the piano is captured in its upper reaches by Hyperion’s engineer). And in the final prelude he swaps straightforward assertive virtuosity for something altogether more compelling – a private sense of desperation, setting the seal on a refreshingly thoughtful set of Preludes.

Tiberghien’s Second Sonata is impressive too: he captures the first movement’s inherent instability powerfully but always allows the music to speak for itself. Just occasionally I wanted a little more firepower, à la Freire, while in the Scherzo – superbly controlled and with great clarity – few can match Hamelin’s extraordinary combination of speed and effortlessness. But the melody of the Scherzo’s Trio is beautifully phrased on this new set. The final two movements are particularly fine – the Funeral March so natural in its pacing, yet powerful in impact too. For the finale he is very similar in tempo to Hamelin yet quite different in effect, Tiberghien fantastically articulate, Hamelin more shadowy. Freire – a little faster and more mysterious – is my ideal, but in the end it’s down to personal preference and this disc as a whole is a potent new addition to the Chopin library.