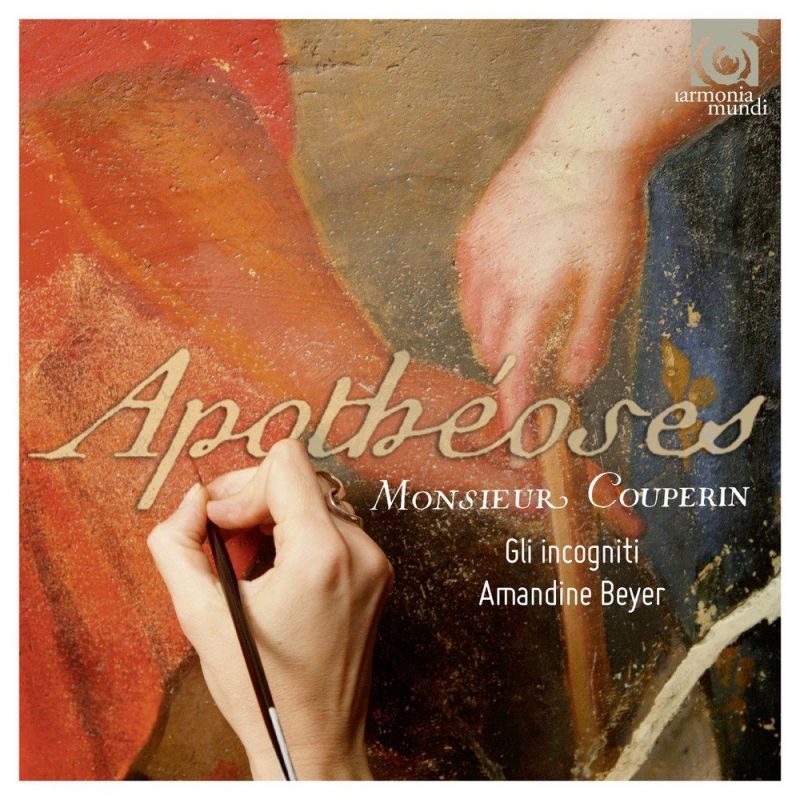 Couperin waited until his last decade to publish his Italian-inspired chamber music. The two largest works – apotheoses to Corelli and Lully – appeared in 1724 and 1725, and were probably composed for the concerts royaux at Versailles in Louis XIV’s final years. The descriptive titles of the movements tell the stories of their imagined elevation to Parnassus and also provide invaluable clues to their performance practice. Although Couperin did not specify the instrumentation, a preference for violins (and flutes) in certain movements is clear, as for example in the 1725 work when the two composer violinists accompany one another in turn.

Couperin also left several works in manuscript, among them two ‘sonades’, one en trio and other en quatuor, said to date from the 1690s, when Marais, La Guerre, Rebel and Montéclair were also experimenting with Corellian sonate da chiesa and da camera, and were very likely performed at the court of James II at Saint-Germain-en-Laye and in Parisian salons. La Superbe is scored for two dessus, viol and harpsichord, La Sultane with an added, independent bass viol part.

Having released an acclaimed recording of Corelli’s Op 6 last year (2/14), the violinist Amandine Beyer and Gli Incogniti have turned to Couperin for their first recording with Harmonia Mundi. These are lively, elegant, performances that capture the subtlety of Couperin without affectation or special effects. The opening movement of La Sultane – possibly his earliest essay in the Italian style – is among the most beautiful and the most French: the independent viol (surely Marin Marais) and continuo players initiate this and each of the other movements, setting the tempo and tone – something Corelli would never have done; thereafter the viol, played here by Baldomero Barciela, is heard in imitation and antiphonally with the trebles, creating rich textures heard only once before, in Charpentier’s Sonate a 8 from the mid-1680s.

Though hardly the only recording of these works, Gli Incogniti’s should be considered among the best. Let’s hope they decide to revive some of the lesser-known music of Couperin’s French contemporaries.