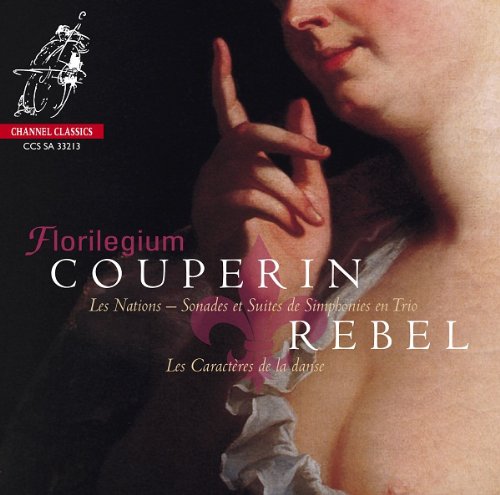 The superb early-18th-century chamber music of François Couperin and Jean-Féry Rebel – and a number of their French contemporaries – still languishes just out of the limelight, in spite of a steady trickle of fine recordings over the past quarter of a century. Perhaps this new disc by Florilegium will awaken greater interest.

Florilegium’s stylish performances are accented with English reserve. In both the Couperin (the Sonate of ‘La Françoise’ in particular) and the Rebel, Ashley Solomon opts for slow tempi in the opening movements; but once past the introductions, the performances are cordial and occasionally even jocular, thanks in part to David Miller’s gently swaggering lute accompaniments. In each work, the chaconne or passacaille enchants.

Also at issue is the decision to use only flute and strings in the Rebel – no doubt a practical decision. The printed score calls for oboes and bassoon as well (Les Musiciens du Louvre added percussion in their 1993 recording – Erato, 11/93 – nla). Les caractères de la danse is something of a party piece: a short but delightful compendium of French danses that flow seamlessly from one to the next, composed to accompany a solo dancer. In this chamber version, Florilegium’s harpsichordist Terence Charlston takes a brief solo turn in the Menuet, Solomon in the Sarabande and violinist Bojan Čičić in the Gigue.

Well known for their recordings of Bach, Telemann and Vivaldi, Florilegium are making only their third recorded foray into the French Baroque repertoire. A further sortie might well take in Montéclair’s 1697 Sérénade, a masterplan for French Baroque instrumentation so far unavailable on CD.