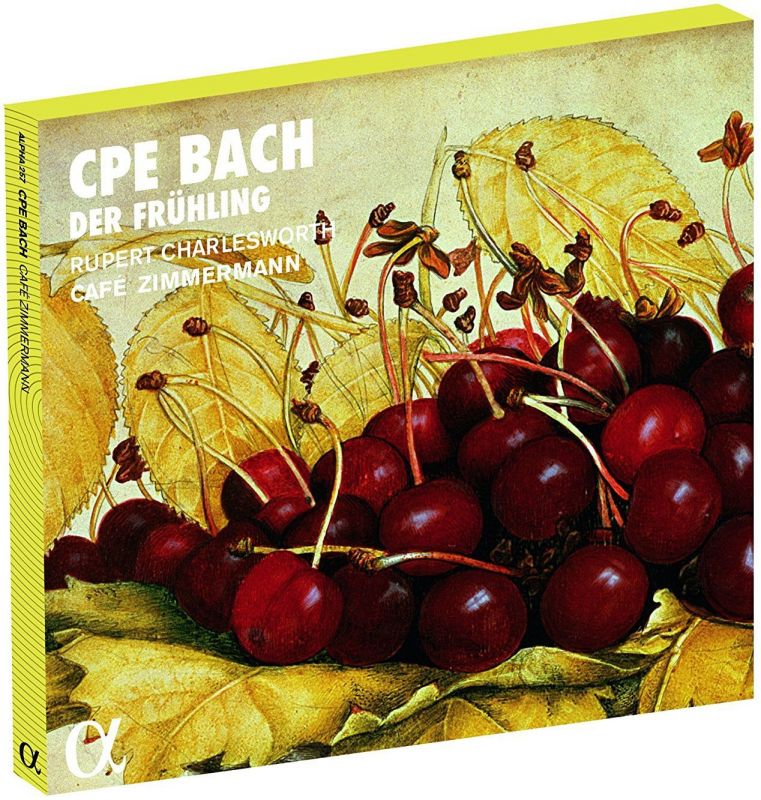 The ever-inquisitive Café Zimmermann present a cross-section of Carl Philipp Emanuel Bach’s least-known vocal and instrumental chamber music that conveys the mid-18th-century German musical culture’s preoccupation with Empfindsamkeit – the striving for sentimentalism expressed through refinement. Accordingly, Café Zimmermann’s playing is by turns dynamic, precise and beguiling in trio sonatas composed during the mid-1750s in Berlin: the Trio in A minor (Wq156) is like an early classical symphony in miniature, most memorable for the gracefulness of its Andantino; the players also create delightful textures in the Largo at the heart of the Trio in B flat (Wq158), in which muted strings alternate pizzicato and col arco passages.

Gentle flutes and lightly punctuating horns are added to the textures supporting harpsichordist Céline Frisch’s nimble solos in the Sonatina in D minor (Wq104), probably revised in the mid-1760s, not long after CPE settled in Hamburg. Der Frühling is a song reworked into a chamber cantata in about 1770: its galant élan is appositely rendered in Rupert Charlesworth’s mellifluous delivery of Wieland’s poetry describing the joys of spring, working in tandem exquisitely with violinists Pablo Valetti and Mauro Lopes Ferreira. Three brief arias might have been written in the late 1730s during CPE’s student days in Frankfurt, whereas the mature sophistication of his music in late-1770s Hamburg is represented by the succinct cantata Selma.

Although Alpha’s recording is closely miked, Charlesworth’s vocal sureness, stylistic finesse and smooth navigation between registers remind me of the youthful Christoph Prégardien – and there’s no higher praise in this repertory.

Trio Sonata for 2 Violins and Continuo

Sonatina for Harpsichord, 2 Flutes and Strings

Trio Sonata for 2 Violins and Continuo