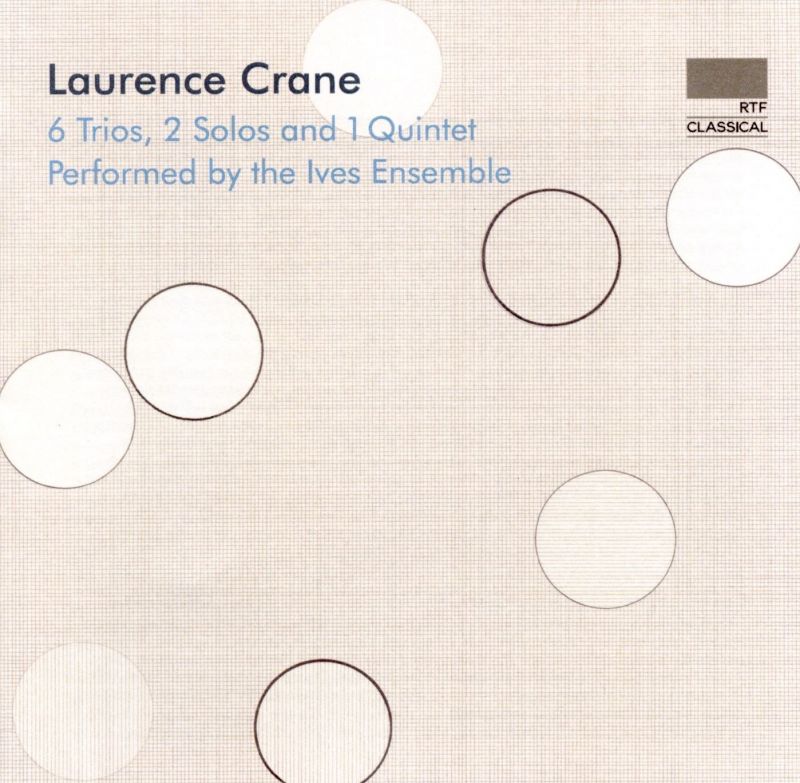 Another month, another disc from the British composer Laurence Crane, which suggests that the concerted efforts of labels such as Métier, Another Timbre and Hubro to give Crane’s music the prominence it merits are paying dividends. Open borders and free passage for all, too, as his music defies the temptation to categorise these delicately crafted miniatures as a product of English whimsy – his disc ‘Sound of Horse’, which I reviewed in the February issue, was performed by the Norwegian new music ensemble Asamisimasa, and this new selection of compositions, composed between 1986 and 2016, is played by the Ives Ensemble, based in Amsterdam.

Pianist John Snijders, the ensemble’s founder, performs two solo works – Len Valley Us and Klavierstücke opus 84 or 85, ‘Keith Miller Project’ – and also features in the recently completed 26 minute Piano Quintet, an unusually lengthy statement from the instinctively concise Crane. Is the falling fifth that launches the piece a cunningly placed reference to the opening bars of Beethoven’s Ninth Symphony? Could the answering phrase really be a paraphrase of the visiting spaceship motif from Close Encounters of the Third Kind? I’d certainly like to think so.

Crane goes to great efforts to explain how his Quintet develops as a carefully managed structural relay race. In the listening, though, the fascination of the notes, and their allied associations, locks your ears into each moment. Ripe climaxes and conventional resolutions appear without preparation. Familiar chords are gently coerced into fleeting cohabitations with unrelated common triads – the very familiarity of this material playing games with tonal memory as chords are placed in unlikely juxtapositions, cryptic harmonic chess moves that also underpin Klavierstücke opus 84 or 85. The disc is otherwise made up of those two- or three-minute earworm miniatures at which Crane excels, which sketch a whole world and leave your imagination to do the rest. I like this disc and think you ought to buy it.

Trio for Ros and Peter