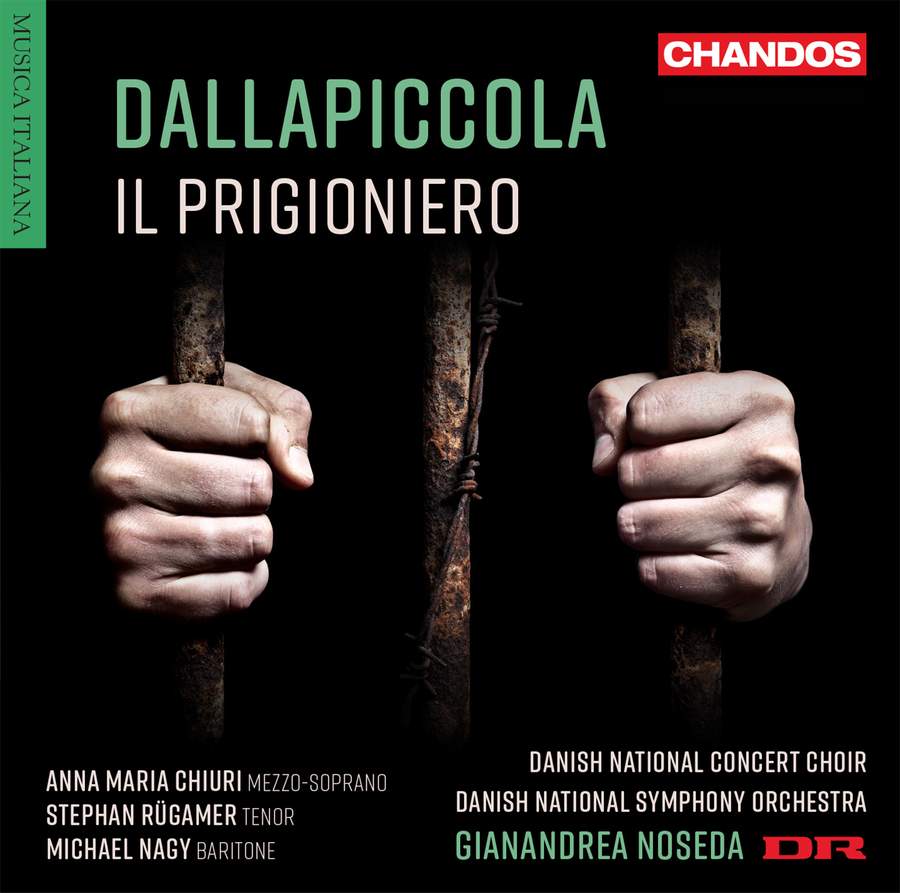 Gianandrea Noseda’s powerhouse recording of Il prigioniero marks his return to Dallapiccola’s music after a gap of 10 years. An assiduous champion of the composer’s work, Noseda embarked on a survey of his orchestral output with the BBC Philharmonic in the wake of the centenary of Dallapiccola’s birth in 2004, reintroducing much that we encounter infrequently in the concert hall, as well as unearthing genuine rarities: his 2009 Bridgewater Hall performance of the ballet Marsia – its first complete outing anywhere since 1948 – lingers in the memory as an important rediscovery of a much neglected score.

Two superb Dallapiccola discs with the BBC Philharmonic (12/04 and 5/10) also formed part of his exploration of the 20th-century Italian repertory for Chandos, begun some 15 years ago and eventually involving an impressive roster of orchestras including the Danish National Symphony, which he conducts here. Those albums’ admirers have, I suspect, been hankering for some time to hear him conduct this shattering protest opera, Dallapiccola’s most familiar work, begun in 1944 when he was in hiding from the fascist authorities, completed in 1948 and premiered, originally by Italian radio, the following year. If so, it has been well worth the wait: this is both a significant achievement and a major addition to the composer’s discography.

One of the great works of witness to the catastrophes of the mid-20th century, Il prigioniero is set in Spain during the reign of Philip II – ‘the Owl, the son of the Vulture’, as Dallapiccola’s own libretto describes him – and takes the Spanish oppression of Protestantism in the Low Countries as emblematic of persecution and genocide, past and present. An unnamed Prisoner, facing execution in a jail in Zaragoza, is permitted to escape by his Jailer only to realise, the moment he attains his freedom, that the Jailer is in fact the Grand Inquisitor in disguise, and that he has been subjected to a hideous game of psychological torture by being allowed to experience hope at the time of his greatest despair. The opera ends with the words ‘la libertà?’ posed as a question, as if the idea of human freedom were itself illusory. Dallapiccola later claimed that the rest of his output effectively constituted his own search for an answer.

Noseda’s performance is nothing if not formidable. Its impact derives largely from his ability to think in terms of cumulative span while focusing on textural clarity and immediacy of expression, so that the horrifying momentum with which the narrative unfolds is heightened by the wealth of ambivalent detail uncovered during its course. The lurching opening chords immediately establish a palpable atmosphere of terror, while implacable ostinatos suggest in turn the pervasive influence of the unseen Philip and the tolling bells of Ghent that symbolise the revolutionary freedom for which the Prisoner yearns. We’re conscious throughout both of the work’s taut, Bergian structure, with its set-piece forms – aria, ballata, ricercare – subsumed into a wider developmental flow, and the subtlety of its harmonic and melodic language, rooted in serialism yet at times veering towards the illusory safety of tonality.

Most telling, perhaps, is the way Noseda underscores the insidious beauty of the passages in which the Prisoner is deceived into believing liberty to be within his grasp: the seductive strings and tuned percussion that accompany the Jailer/Inquisitor’s intimations of hope; and the woodwind flurries as the Prisoner, emerging into the prison’s garden, feels the freshness of the air on his skin. Noseda is helped immeasurably throughout both by his Danish orchestra, who play with marvellous commitment and finesse, and by Chandos’s immaculate recording, ideal in its clarity and balance, vastly preferable to the slightly muddy sound of its principal rival, Antal Dorati’s Decca performance (5/75) with the National Symphony Orchestra, Washington DC (of which Noseda, ironically perhaps, is also now music director).

The cast, meanwhile, combine lyricism with declamation, reminding us that Dallapiccola’s vocal writing, hovering between recitative and arioso, essentially takes his beloved Monteverdi as its starting point. Michael Nagy makes a fine, subtle Prisoner, taking us with him every step of the way on his harrowing emotional and intellectual journey. Anna Maria Chiuri is his anguished Mother, Stephan Rügamer the lethally dangerous Inquisitor, deploying a disquieting, honeyed mezza voce in moments of terrifying charm.

The Danish National Concert Choir sound tremendous, meanwhile, their opening ‘Fiat misericordia tua, Domine’ taking one’s breath away as it breaks into Chiuri’s opening monologue. They also provide the fillers – and indeed some much-needed emotional relief – with Dallapiccola’s a cappella settings of rueful comments on marriage by Michelangelo Buonarroti the Younger (the artist’s great-nephew) and the lovely Estate, to a text by the Greek poet Alcaeus. Overtly indebted to the Italian madrigal tradition, both works are ravishingly sung. It’s an outstanding, essential album, every second of it.