Daniel Barenboim: On My New Piano 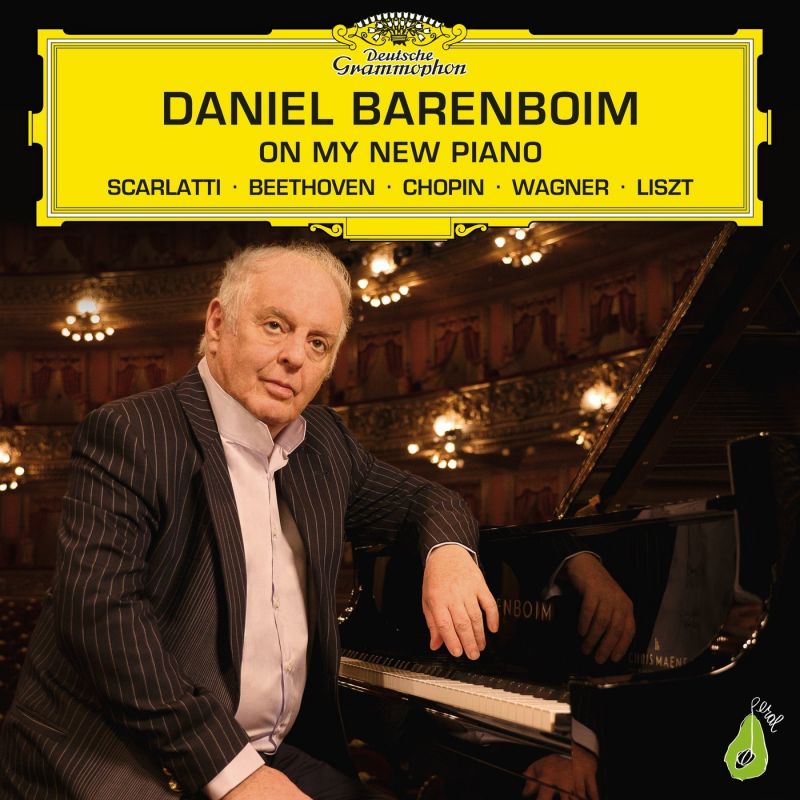 A quick recap on the story behind Daniel Barenboim’s new piano. It all began with Liszt – when Barenboim went to play his restored grand in Siena he heard a sound he liked and began to dream about a piano combining the best of the modern instrument with the transparency and varied colouristic registers of the earlier one. That was as recently as 2011 but, this being Barenboim, he made it happen. The piano-builder Chris Maene worked with Steinway, who provided the components, and 18 months later, ta-da! What makes this piano different could fill a whole issue of Gramophone, but fundamental is the fact that it is straight-strung rather than diagonally strung. Barenboim is in love with it and this varied recital is designed to show exactly why.

We begin with Domenico Scarlatti – not a composer you’d necessarily associate with Barenboim but there’s no doubting the conviction of his interpretations. He particularly enjoys the colouristic possibilities of Kk9, given with great gentleness, each trill duly relished. Kk380 is more controversial, taken at such a slow tempo that it becomes a reverie, its pingy martial elements lost in translation.

The opening theme of Beethoven’s C minor Variations is striking – the transparency of the piano’s lower register really comes into its own in this piece and accented chords never become edgy. There are many fine things as the variations unfold, not least the ghostly Var 9, while in the major-key sequence (Vars 12 16) he makes apparent their anticipation of Beethoven’s late style. The deep left-hand chords of Var 18 are also particularly telling on this instrument. But where Beethoven demands leggiermente fingerwork it can sound somewhat laboured, as do the left-hand triplets in Var 20. The hushed writing in Var 23, on the other hand, possesses mystery without murkiness and the shadowy scales with which the final variation begins are also very effective.

I’ve never found Barenboim the most natural of Chopin players and here, despite some fine moments of filigree, the First Ballade suffers from a notably effortful coda. Wagner/Liszt on the other hand is right up his street and he brings a rare range of colour and an apt grandeur to the Parsifal March, also demonstrating how well the new instrument conveys huge chordal sonorities while retaining a warmth in the quietest passages. I have more reservations about the two Liszt pieces, though the many passages of Funérailles at the bottom of the keyboard have a rare clarity. But where the melody is set against a simple chordal accompaniment I find Barenboim less eloquent than the finest. And while he is telling in the many inward passages in the First Mephisto Waltz, streams of quiet notes given a billowing quality, I miss a heroic virtuosity in the more outlandish passages, the closing moments being a good case in point. But there’s no question that this is a fascinating and wonderful instrument and DG’s engineers have recorded it to the best effect.

Daniel Barenboim: On My New Piano

(32) Variations on an Original Theme