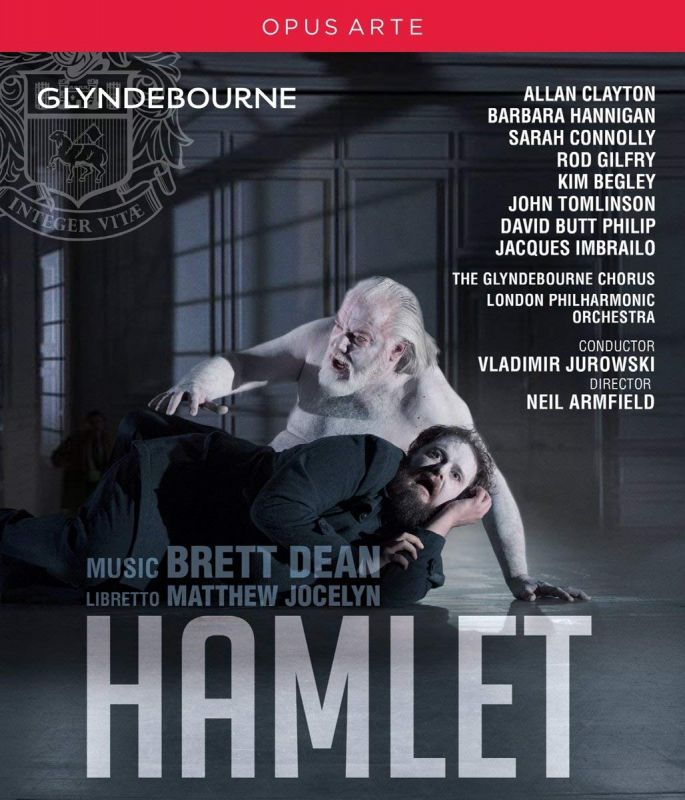 Any operatic adaptation of Hamlet is going to face scrutiny against Shakespeare’s text, but that process is surely futile from the off. The only valid question in that regard is whether a composer can get somewhere near to the heart of Shakespeare’s sprawling drama while being forced, according to operatic convention, to make swingeing cuts. The answer in Brett Dean’s case is yes, he can.

A more significant question is whether Dean’s Hamlet is a successful opera on its own terms. In my estimation – not having seen any of the three (to date) incarnations of Neil Armfield’s production live – it is a triumphant one: a huge and heartening endorsement of operatic and theatrical principles in a age of musical plurality and patchy experimentation. The music revels in the beauty of Shakespeare’s words – heavily pruned, reorganised and reassigned by Matthew Jocelyn – almost every one of which is audible despite the roaring cacophony of three instrumental ensembles, electronics and a second chorus in the pit (a problem not overcome by other major operatic endeavours of the last few years, including Adès’s The Exterminating Angel).

There are copious sound effects from those ensembles, none of them gimmicks and some of them related to the most fascinating developments in experimental film music (some said they sounded disjointed in the auditorium; perhaps they work better filtered through speakers). Dean’s score succeeds through rampant imagination and simple wisdom. It is constantly mobile. His judicious use of speaking and whispering voices, and his deployment of piano for the grave scene and accordion for the play, work wonders and refresh against the dense, psychologically hair-raising orchestration elsewhere. There is revealing and distinctive musical characterisation of the main players – the flawed nobility of Laertes, the adolescent psychosis of Ophelia, the blunt imposition of Claudius and the multifaceted tortures of Hamlet himself, and more besides.

The drama unravels thrillingly, shockingly, touchingly. Much of that is down to canny structural decisions: Hamlet’s opening ‘… or not to be’ monologue and the ensuing gameplay with those words short-circuits what was, potentially, the biggest text-based problem, while the chorus is used to scintillating and maximum theatrical effect. Screen viewing allows for total focus on an astonishing central performance from Allan Clayton. His portrayal of Hamlet’s decline would be noteworthy even without singing that is full of expressive meaning and always imbued with stringent beauty even in rage. Physically he is remarkable, from his bodily agility to his facial evocation and the increasing, unsettling independence of his manic left arm.

David Butt Philip brings a darkly underscored lyricism to Laertes (he took the title-role in the touring production). Barbara Hannigan deploys her characteristic pinpoint accuracy and floating lightness for Ophelia but upsets the dramatic balance in the mad scene, which lurches towards her standard one-woman show. John Tomlinson brings gravitas and farce to the ghost, gravedigger and player, using different parts of his voice (and face) for each. It’s a shame more notes and stage time couldn’t have been given to Sarah Connolly’s Gertrude. Kim Begley is a demure Polonius, Rod Gilfry a convincingly villainous Claudius.

Neil Armfield’s production looks regally beautiful to begin with and is filled with reaction to details in the score. I don’t get the setting of the central acts behind the set at the stage manager’s desk but the human performances soon distract from that. Given how well Dean handles and segues between the operatic mainstays of monologue, ensemble and chorus, it’s disappointing that his play scene doesn’t pack the pre-curtain punch of either Ambroise Thomas’s or Franco Faccio’s. But not for a second does Dean’s Hamlet bore.