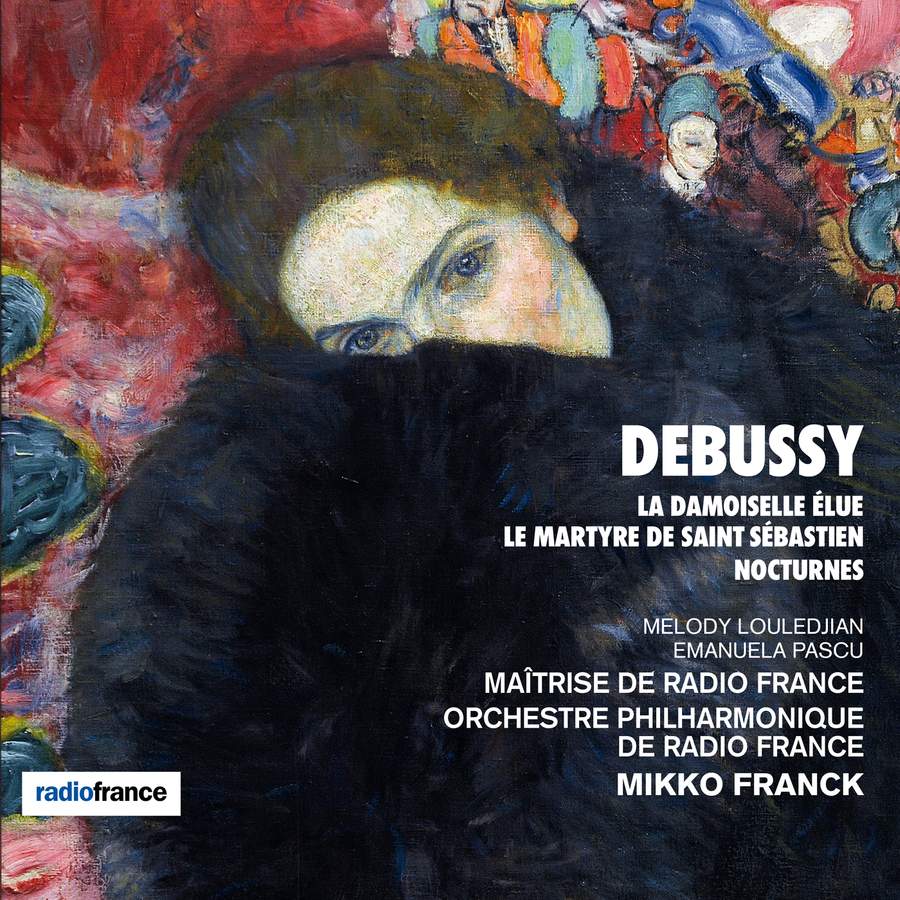 The Debussian sensibility is writ large here. One can trace a line of succession from the ‘Sirènes’ of Nocturnes via Mélisande all the way to the diaphanous lovelorn maiden of La damoiselle élue. This ‘little oratorio in a mystical and somewhat pagan tone’ (Debussy’s words) sets the poem ‘The Blessed Damozel’ by Dante Gabriel Rossetti for a bevy of female voices, collective and solo, the tone poetic and elusive and, well, diaphanous (that word again), the harmony seductive in its consonance even when it’s not. These maidens are sirens of a more benign nature, conjuring images of Pre-Raphaelite luxuriance, fragrant and exotic and dare I say precious in ways that only this composer could.

The music is a good fit for Mikko Franck and his French Radio forces. The key to their success, I think, is clarity – plus, of course, an inbred feeling for the music’s distinctive inflection and colour. The paradox with Debussy is that so-called Impressionism requires the keenest definition and transparency. And that’s what Franck gives us in Nocturnes: ‘Nuages’ is very ‘present’, cor anglais and bassoon tracing those cumulus outlines with just the right degree of hypnotic seductiveness; ‘Fêtes’ is all about articulation, the colourful procession coming vividly into focus as it advances because for once Franck ensures that the leaping string counterpoint (which gives it uplift) is not swamped by the side drum and trumpets. ‘Sirènes’, as I say, hearkens back to the diaphanous but for me the voices are way too present (or, to use modern parlance, ‘in your face’) in the recording balance so that we lose that sense of them insinuating their way into our hearing, coming and going as they do on salty sea breezes. Surely they should sound a little vague, mystical and fatalistic?

The final selection here is the most interesting and/or contentious. Debussy’s incidental music to Le martyre de Saint-Sébastien (and I remember Michael Tilson Thomas admitting to being borderline obsessed with it, performing and recording it in its entirety with narration from Leslie Caron) is something that one can’t imagine anyone but Debussy even daring to attempt. The contentiousness comes with the apposition of the hieratic and the voluptuous – or to put it another way, the sensuous rapture simmering just beneath the surface of the music. The agony and the ecstasy. The four Symphonic Fragments capture something of that illicitness in their barely repressed sexiness. The ‘Danse extatique’ may be muted (as witness the plangent solo trumpet) but it is ecstatic, as is ‘La passion’. The understatement somehow accentuates its X-rated demeanour. But then again, the final two minutes of ‘Le bon pasteur’ are quietly ravishing in ways it’s hard to put into words.