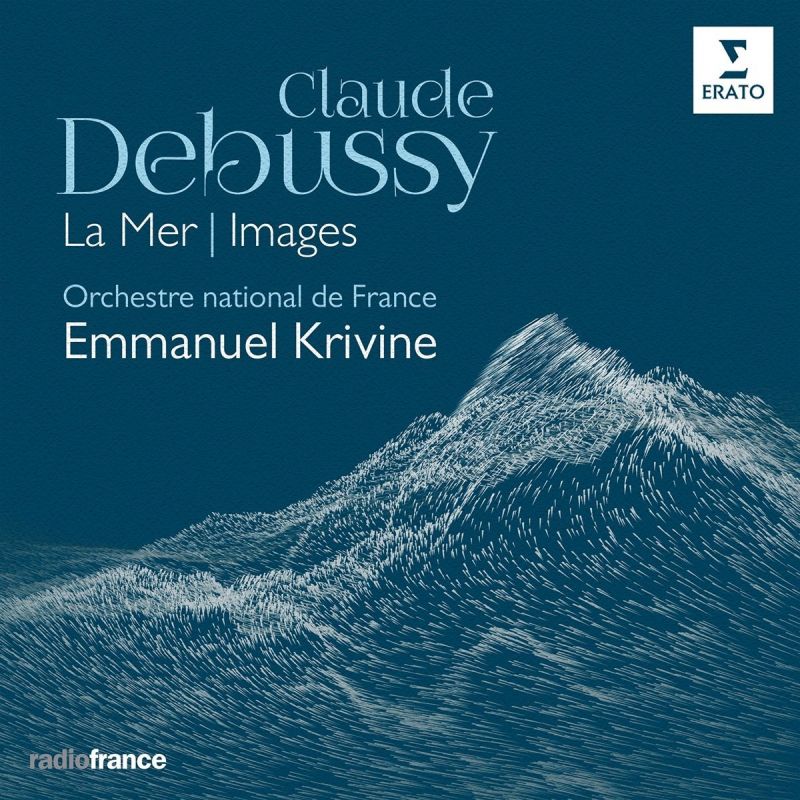 Emmanuel Krivine’s new La mer with the Orchestre National de France focuses on the much-discussed question of Debussy’s decision, on revising the score in 1909, to delete from the 1905 original a series of brass fanfares in the closing pages (eight bars before fig 60) of the final ‘Dialogue du vent et de la mer’. Given Debussy’s compositional fastidiousness, one might have thought the revision should be considered definitive, though numerous conductors have deemed the change to be mistaken and reinstated the brass, with the result that it is now a matter of interpretative choice as to whether to include the fanfares or not.

Krivine allows us to make up our own minds by giving us both endings, using the 1909 score for his complete performance and adding the last two minutes or so of the 1905 version as an appendix. In the latter, he emphasises the difference by letting the fanfares glare a bit, where some interpreters rein the brass in. The equivalent passage in 1909 can sometimes hang fire, though Krivine has generated such tremendous tension by this point that you don’t notice any weakening of impact. Whatever the merits of this, there is, I think, a flaw in that the disc’s organisation doesn’t allow us to hear ‘Dialogue’ in its entirety in both versions: a tracking system allowing us to programme a choice of alternatives, as with Iván Fischer’s recording of Liszt’s Faust Symphony (Philips, 4/98), would have been preferable.

That said, this is an excellent performance, tautly focused, as is Krivine’s way, yet propulsive and flowing in its sense of the music’s organic evolution and internal logic. There’s real mystery at the start and genuine grandeur when we reach the first movement’s noontide climax. An underlying awareness of the sea’s potential danger lurks beneath moments of calm throughout, and ripples of unease intrude on the opening of ‘Jeux de vagues’ before the music gathers momentum. ‘Dialogue’ really is animé et tumultueux, fierce in its climaxes, very stormy and intense.

Similar qualities inform the performance of Images which forms its companion piece. Aware, one suspects, that Debussy struck the word ‘tristes’ from the original title, Krivine’s ‘Gigues’ is not as overtly melancholic as some. ‘Rondes de printemps’, meanwhile, is done with exquisite dexterity, with all those tricky rhythmic shifts seamlessly negotiated, the textures beautifully lucid. ‘Ibéria’ has plenty of energy in its outer movements and a real swagger when we get to the pizzicato guitar imitations in ‘Le matin d’un jour de fête’. Krivine keeps a tight rein on the habanera rhythm in ‘Les parfums de la nuit’, which exudes sensual restraint. In both works the playing is at once pristine and virtuoso, while the sound, whether on disc or download, is almost blindingly clear. It’s a fine achievement.