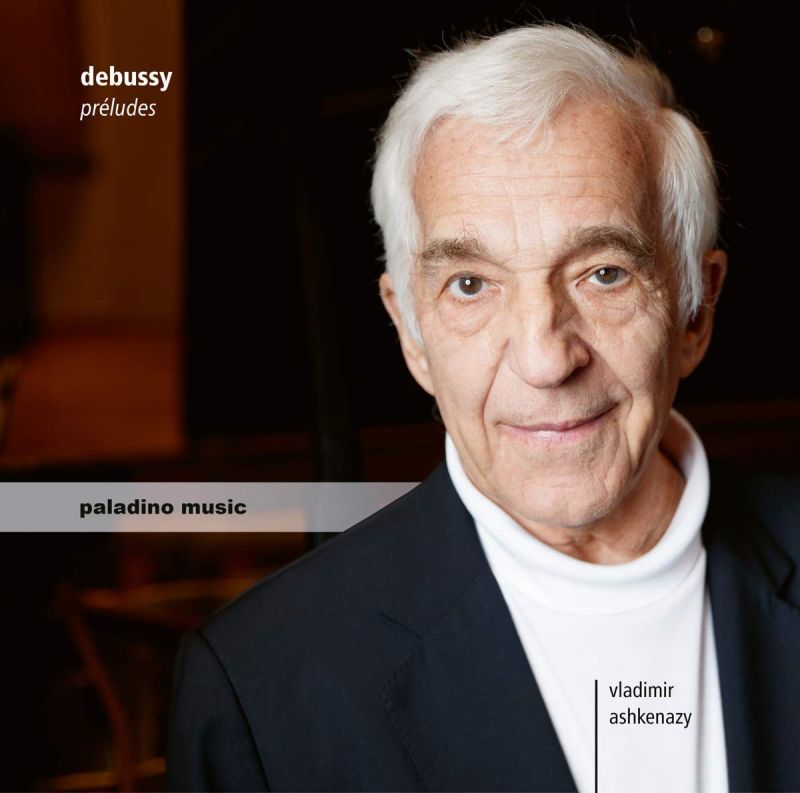 A new recording by Ashkenazy as pianist is always newsworthy; but the real (re-)discovery here is his account of the second book of Debussy’s Préludes from a live recording in 1971, never previously issued. In the official trailer Ashkenazy says that someone just made the recording without his knowledge and that he didn’t even know about it. The booklet notes offer no insight into the source, though strangely enough an excerpt was uploaded to YouTube in 2014.

Sleuthing aside, and regardless of the echoey acoustic, there is much to enjoy here in Ashkenazy’s tone-colours and blend of agility with poetic sound-scaping. The opening ‘Brouillards’ is a tableau of flickering lights splashed on a perfectly misty background, while ‘La puerta del vino’ offers a sensual combination of the stillness and weight of the Spanish heat with the pulsations of the habanera. ‘Ondine’ is aquatic and shimmering, though perhaps not allowing sufficient intake of breath before diving in. Ashkenazy’s ‘Feux d’artifice’ clocks in a whole minute faster than Zimerman’s; dazzling as this is, there is something of the étude about it, while the final Marseillaise allusion is hardly ‘de très loin’. In general, the final Préludes lack the imagination and sophistication of, for instance, Youri Egorov. Hear the sense of pompousness Egorov evokes in ‘Hommage à S Pickwick’ or the narrative quality of Zimerman’s ‘Canope’.

But this disc is a tale of two ages. Alongside the historic recording of Book 2 there is Ashkenazy’s account of Book 1, recorded in 2017 at the age of 80. It is hardly surprising to find little trace of the élan and panache he commanded 46 years beforehand. But there is disappointingly little to compensate. Laboured literalness and a lack of atmosphere and clarity are the main impressions. Setting aside Zimerman’s high-definition technicolour account, which is certainly outstanding in its way, there is far more wit, subtlety and spontaneity in Thibaudet’s or Bavouzet’s interpretations, and a whole universe more sensitivity and artistry in Egorov’s. Take, for instance, Egorov’s ‘Les pas sur la neige’ and its chilling, almost harrowing atmosphere. Ashkenazy’s ‘Cathédrale engloutie’ never really manages to haul itself above water, the wind of ‘Le vent dans la plaine’ becomes a mere sandstorm and ‘Puck’ sounds too bored to be capricious.

Ashkenazy had apparently never previously recorded or even performed the first book of Préludes. One has to question the wisdom of his doing so now.