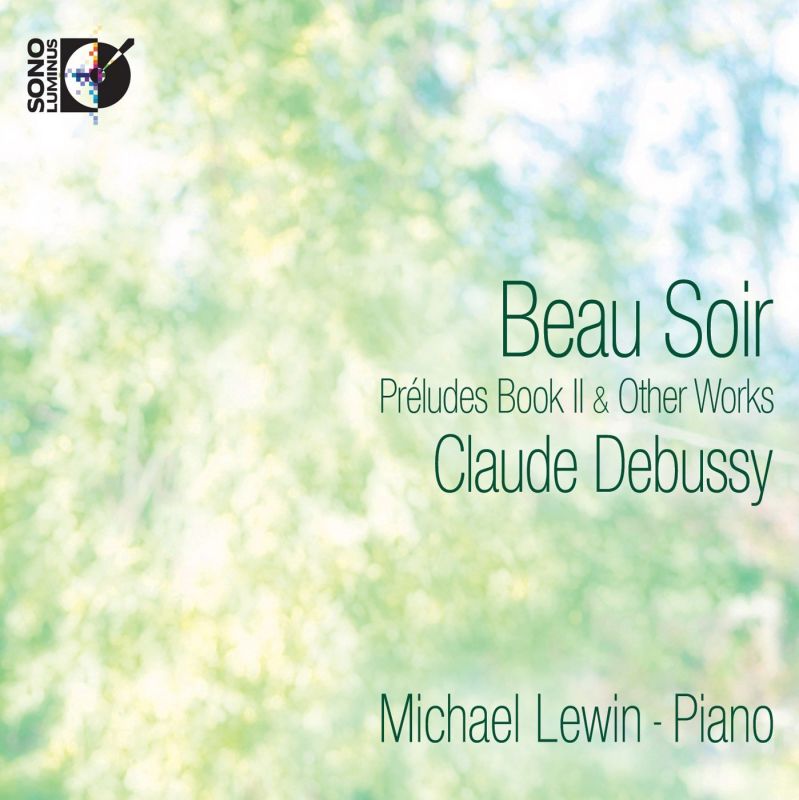 Attractively entitled ‘Beau soir’, Michael Lewin’s recital opens with an arrangement by Koji Attwood of one of Debussy’s earliest songs. A romantic plea ‘to taste the charms of youth before it is too late’, it is played with a cantabile full enough to make even Gérard Souzay (the song’s most celebrated singer) envious. Elsewhere, in a wide spectrum ranging from Debussy’s first evanescent magic to the greater abstraction of his final years, Lewin takes a firm if never less than musicianly hand to many of the composer’s most fragile and intimate confidences.

Masterly and assured in such outgoing music as L’isle joyeuse or the ‘Octave’ Etude, sweeping away the cobwebs of a more misty tradition, he is less successful in works calling for the utmost in delicacy and evocation. The Valse romantique and La plus que lente are cases in point and a similar literalism blights many numbers from the second book of Préludes. In ‘Brouillards’, ‘Feuilles mortes’ and most of all in ‘La terrasse des audiences du clair de lune’, Lewin steps into broad daylight when he should retreat into the shadows. ‘Feux d’artifice’ is, predictably, a greater success, with an impressive descent before the ghostly sound of the Marseillaise. All these performances are admirable as far as they go but they are too one-sided to go far enough. Sono Luminus’s sound is excellent and the expressive, warm-hearted notes are by the pianist himself.