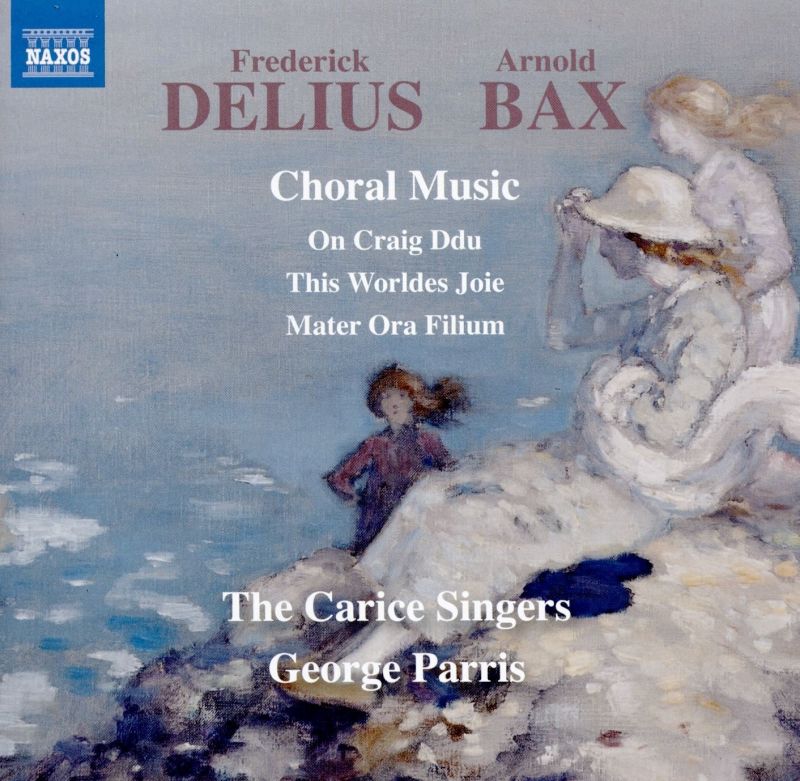 Not much unites Delius and Bax beyond nationality and some mutual friends. Despite the former composer’s famous cosmopolitanism, it’s Bax’s part-songs and motets that appear more interesting here, at once rooted and ambitious. Delius’s miniatures can appear parochial next to his masterpieces for voice and orchestra while his penchant for European languages casts The Carice Singers in an unfavourable light.

There’s some talent in this choir – the men are better than the women – but the overall sound can be woolly and standoffish, without a final degree of engagement with the text. Norwegian and German should induce a different approach to annunciation and shift the surface feel of the music as a result, but don’t here. The hazy sound of the wordless To be Sung of a Summer Night on the Water understandably suits the group best but the bugle effects in The splendour falls on castle walls sound like something out of Monty Python.

There’s a wonderful resonance to Midsummer Song, the final Delius work, with its trochaic ‘wall of sound’. Into the Bax the choir raise their game in response to more complex music; they negotiate the slippery chromaticism of I sing of a maiden impressively. But, again, declamatory phrases like ‘Saint Basil, since you go to school / recite your alphabet to show us’ (from Five Greek Folk Songs) need to be delivered on the front foot, not as if at a Sunday evensong, and the choir’s blend is frustratingly unsettled.

Parris demonstrates his ability to plot a long and complicated work in the monolithic Mater ora filium – to Bax what Take him, earth, for cherishing is to Howells – but the soprano tone collapses horribly at the end of the big chord at 5'22", and again when that same chord, thickened up, returns to close the piece.

Of a Rose I Sing a Song

On Craig Dhu (An impression of nature)

To be sung of a summer night on the water

(The) Splendour falls on castle walls

Her ute skal gildet staa (Yes, here we shall feast