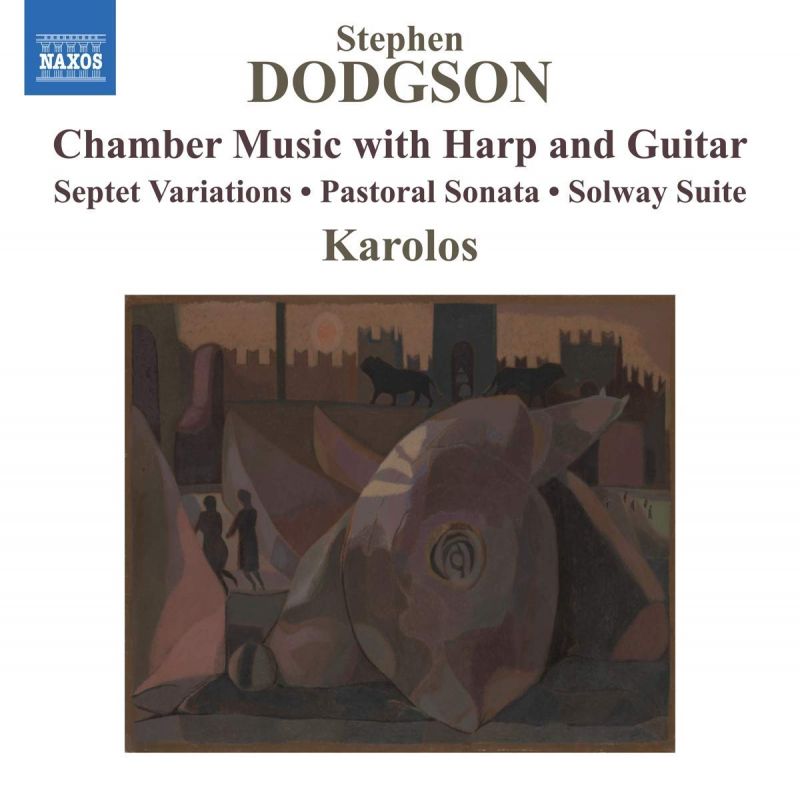 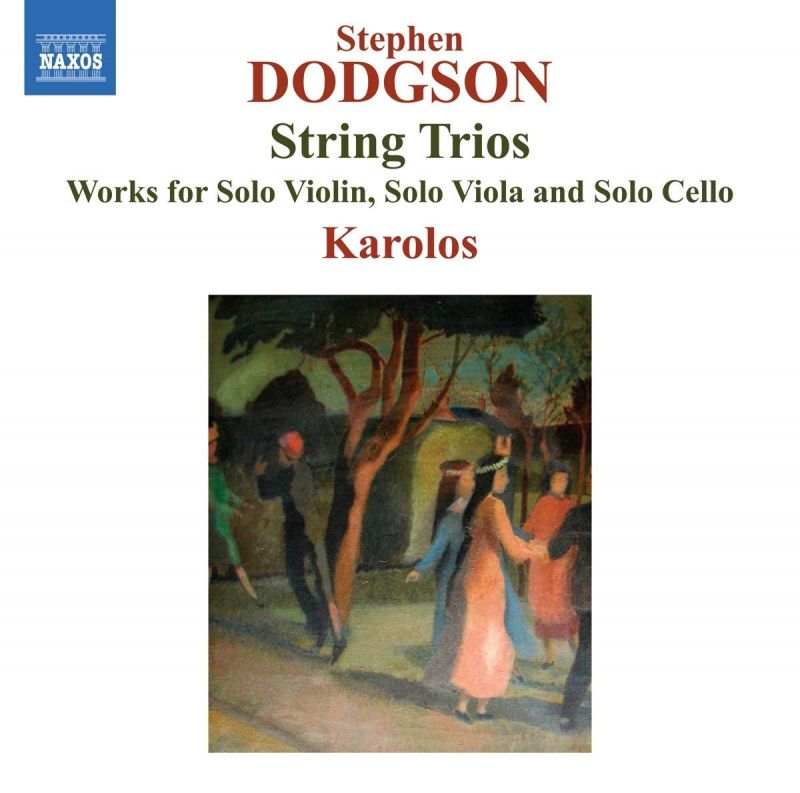 Karolos are a dynamic, virtuoso chamber collective of first-rate players. These two discs – issued separately but together comprising over two and a half hours of Stephen Dodgson’s strongly crafted music, beautifully played – spotlight their strengths superbly. The first features the string trios, punctuated by solo pieces for each instrumentalist; the second uses eight players in varying combinations, the largest being Septet Variations (1975) – for the same ensemble as Ravel’s Introduction and Allegro – with only guitarist Craig Ogden ‘on the bench’.

The BBC’s broadcast of the First String Trio (1951) – with one Neville Marriner as violinist – was regarded by Dodgson as his ‘first real success’. It is easy to hear why, the music beautifully laid out for the players, the melodic invention fresh and appealing. The Second Trio (1964) comprises three movements of increasing weight, the Allegro finale a compound form of three distinct sections. The Sonatina (1963) was written with Bach’s First Violin Partita in mind but Dodgson’s own Partita, for cello (1985), is freer and more modern in design, brilliantly interweaving eight sections, each developing material from the Prologue. Caprice after Puck for viola (1978) is a terrific variation-fantasy full of shade and light.

The six works on the second disc flesh out the picture of this genial, often incalculable composer, combining intelligent composition, harmonic acuity (always within a tonal framework) and beguilingly euphonious scoring. Dodgson liked to set himself (and his listeners) challenges, whether structural, harmonic or – as in Septet Variations – instrumentational, combining flute, clarinet and harp with the quartet. Echoes of Autumn (1998) merely partners guitar with viola but the Pastoral Sonata (1953 54, later revised) and Sonata for Three (1982) satisfyingly place the guitar in a true chamber context. The latter is possibly the first work for the not-quite-Debussian combination of flute, viola and guitar; the lovely Solway Suite (1974, dedicated to Panufnik) restores the harp.

Both discs are an absolute joy, the performances little short of ideal, perfect in intonation and ensemble, lively and delicate as required. The booklet cover illustrations are by Dodgson’s father (note that the caption for the booklet’s ensemble photo misidentifies violinists Harriet Mackenzie and Philippa Mo). Recommended.