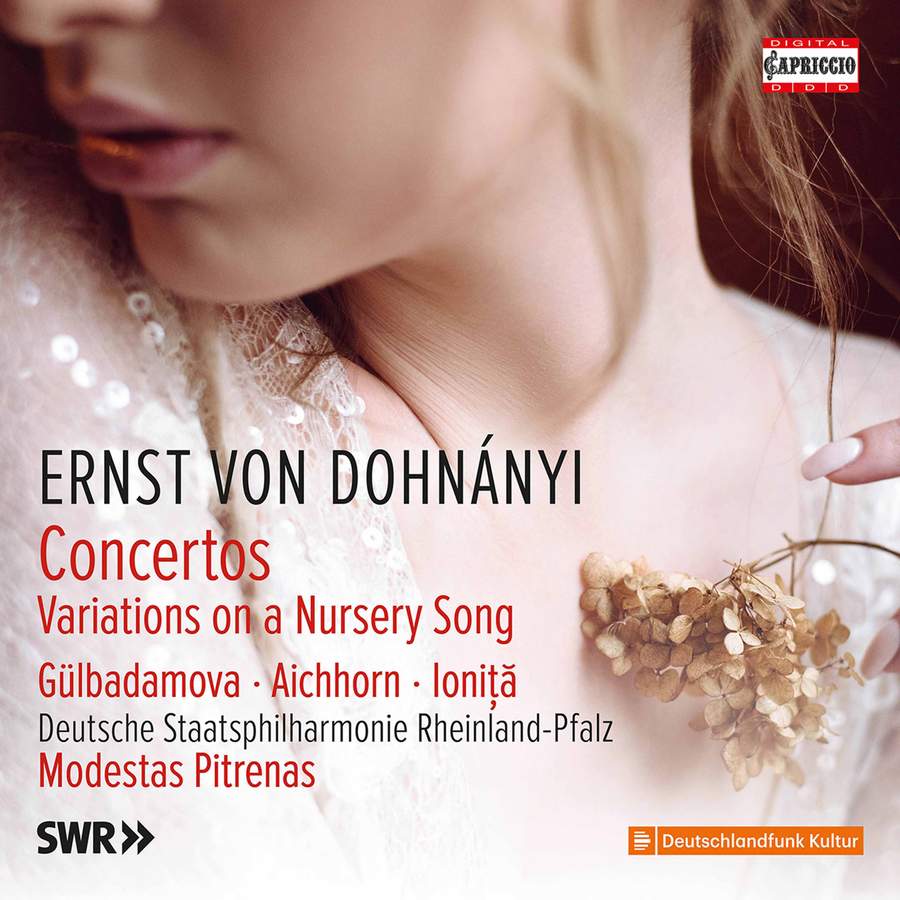 Spoiler alert. If you don’t know the opening three or four minutes of Variations on a Nursery Theme, skip this paragraph. I’d hate to spoil the surprise that awaits you. Have you gone? Good! For those who do know the opening, you’ll remember the majestic over-the-top build-up which then fades to nothing before a single crunching dominant chord. The pianist then enters with a cheeky two-finger rendition of the main theme. My reason for focusing on that moment is because on this recording, even with long familiarity with the work, that single chord made me jump out of my skin. It actually made me laugh out loud. I should have been warned, for the two timpani are given their head in those opening pages. It’s not just the tremendous thwack they give on the down-beat before that chord: it’s the conductor’s comic timing.

It heralds a truly superb performance of this unjustly neglected and once-popular work. Indeed, had it been around when considering the work for a Gramophone Collection in September 2017, it would have given my first choice (Howard Shelley and Matthias Bamert with the BBC Philharmonic – Chandos, 9/99) a run for its money. Sofja Gülbadamova, whom we last met in these pages in May 2018 playing a selection of Dohnányi’s solo works, is placed well forwards in the sound picture but not to the extent of obscuring the (vividly recorded) orchestral writing, as the delightful duetting with the harp in Var 5 will attest.

Similar delights abound in the rarely heard Concertino for harp written in 1952 in Florida. The booklet writer intriguingly suggests that the harp might really be a substitute for the cimbalom, that most Hungarian of instruments. It certainly made me listen to this winningly lyrical work afresh. Silke Aichhorn, like Gülbadamova placed front and centre in the mix, is the exceptional soloist (witness the lovely dialogue between harp and oboe at the beginning of the final Adagio non troppo movement).

The work is in three seamlessly connected movements and fades to a quiet conclusion with gentle beats from the timpani – exactly the same as the much earlier (1905) Cello Concerto. This has been recorded by some big names in the past – János Starker, Raphael Wallfisch and Alban Gerhardt among them. Andrei Ioniţă (b1994, Bucharest) is well qualified to sit at the same table, producing a mellifluous, golden tone that makes this uneven work a joy to hear. All in all, Modestas Pitre˙nas inspires orchestra and soloists alike on a disc that stands with the best. The only consideration is whether or not this particular combination of works appeals.

Variations on a Nursery Theme