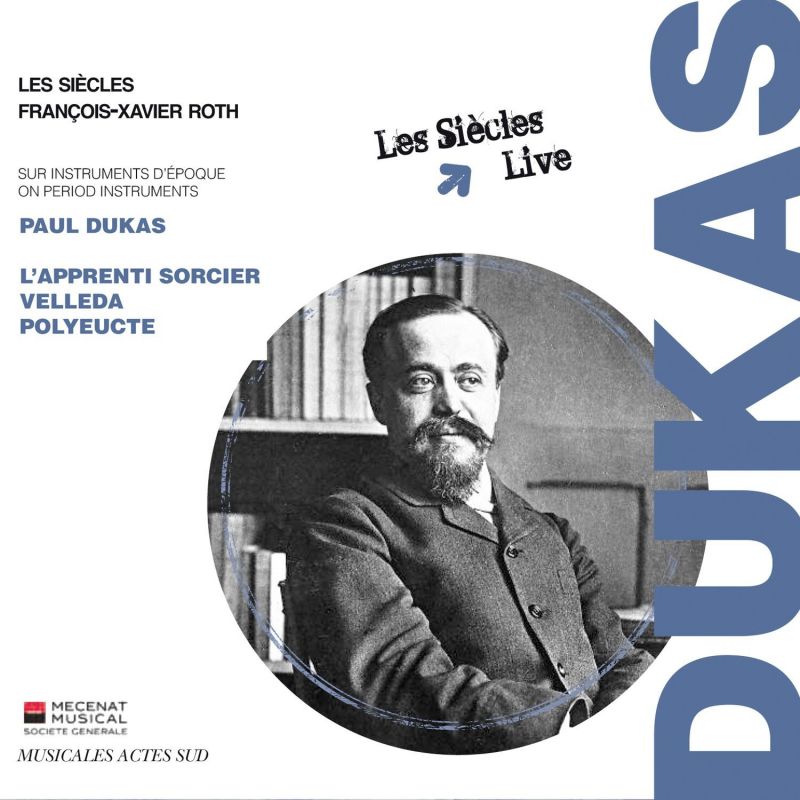 Last year’s release of Debussy’s La mer and Première Suite by François-Xavier Roth and his Les Siècles orchestra proved to be refreshing and revelatory in terms of colour, texture and characterisation. There are those who might be suspicious of orchestras that want to turn the clock back to the cusp of the 19th and 20th centuries in an attempt to recapture the sonorities of a bygone age. But Roth does it with such verve and stylistic insight as to disarm naysayers. His conducting here of Dukas’s The Sorcerer’s Apprentice, a brilliant piece of narrative music and a lesson in effective orchestration if ever there was one, is full of humour and sparkle, using the period timbres of his wind instruments to lend the sound a warmth that does not, however, preclude a brilliance of sheen. The interpretation positively lives and breathes the sorcerer’s panic-stricken frustrations with his errant broom.

The other two pieces on the disc, if much rarer than The Sorcerer’s Apprentice, throw a thoroughly favourable light on other areas of Dukas’s small oeuvre. The cantata Velléda, submitted for the Prix de Rome in 1888 but beaten into second place by the setting by Camille Erlanger, testifies to the same Wagnerian sympathies that imbue the overture Polyeucte. Velléda is a tale of doomed love between a Roman general and a priestess of Gaul, sung radiantly here by the tenor Julien Dran if with rather less secure intonation and diction by the soprano Chantal Santon.