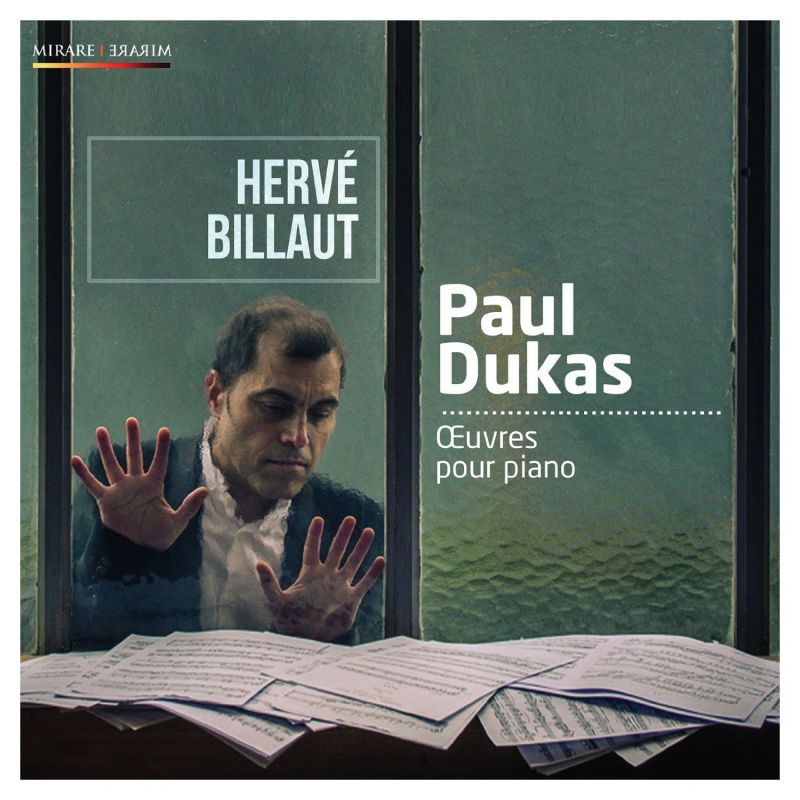 Dukas’s single Piano Sonata remains among the most formidable peaks of the repertoire, a defiant assault on what is generally viewed as the French sensibility as exemplified by Debussy, Fauré and Ravel in their entirely individual ways. Daunted by Beethoven’s example, all three arguably shied away from following suit; it was left to Dukas (and later Dutilleux and Boulez) to do so, composing a work of such imposing length and stature that it has even been described as ‘the French Hammerklavier’.

For Cortot, the first movement was ‘douloureuse, tourmentée par l’insistance de syncopes palpitantes’, at once suggesting the range and scale of things both present and to come. Part of what Mario Praz called ‘the Romantic Agony’, the idiom is dark and forbidding, making outsize demands on the pianist’s technique and stamina. The shadow of César Franck hangs over much of the writing and it is also possible to hear the influence of Dukas’s 1900 Sonata on Szymanowski’s even more massive Second Sonata (1910-11). The second movement, ‘Calme’, evolves into complexity and is followed, vivement, by a blazing virtuoso toccata with a central section alive with, for Cortot, a maleficent, nightmarish atmosphere. In the finale Dukas throws everything possible at the pianist, piling Pelion on Ossa, making the listener reel.

After such rhetoric, the Rameau Variations fall like balm on the ear, even when relaxation is short-lived and darker forces emerge. Finally, the Prélude élégiaque sur le nom de Haydn and an again powerful if relatively austere end. Hervé Billaut is fully equal to his Herculean task, though he is outclassed at every point by Marc-André Hamelin in the Sonata, where ease and flexibility erase any sense of strain and allow for the luxury of total musical freedom. All the same, I would never want to underestimate Billaut’s overall brilliance, and he is finely recorded.