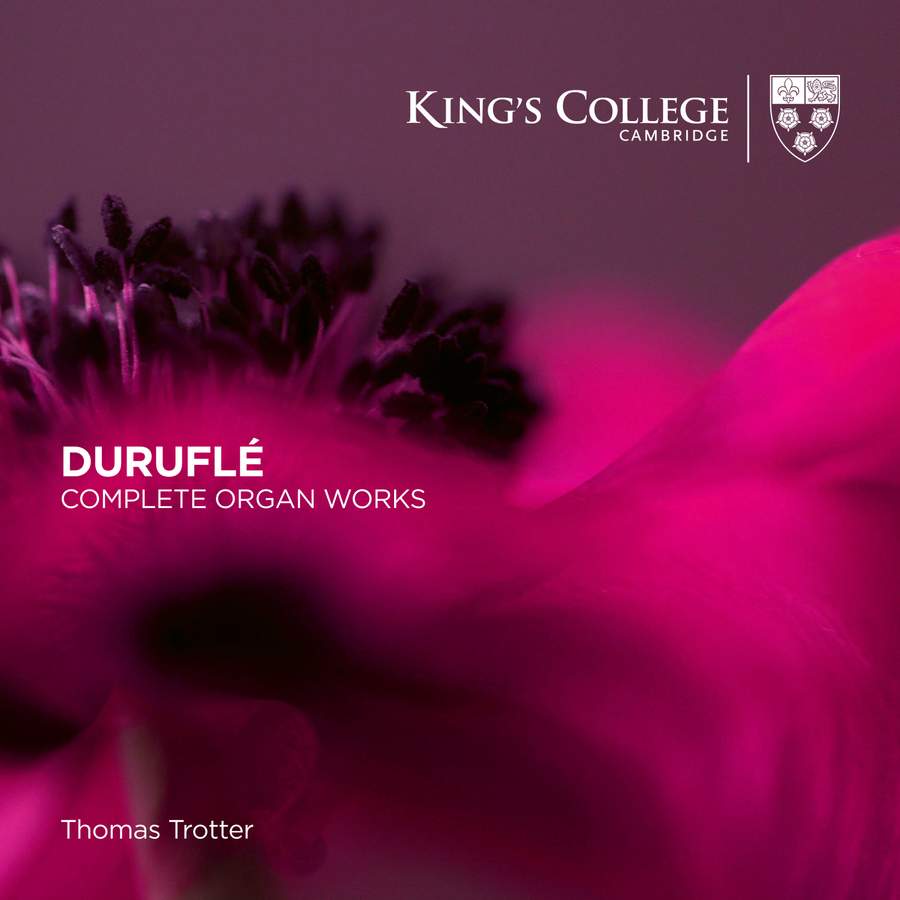 With the 2016 rebuild of the King’s College chapel organ, celebrated on a magnificent recent DVD release from Fugue State Films (5/21), the college’s own label has called on the services of one of its long line of eminent former organ scholars to put it through its paces in the music of Maurice Duruflé. While there is no direct connection between Duruflé and King’s College, Cambridge, and while the rebuilt organ does not speak with the kind of distinctly French accents we might look for in any new contender in the already very crowded field of recordings of Duruflé’s organ music, King’s have a couple of aces up their sleeve. The first is the remarkable versatility of the rebuilt organ – it seems to suit just about every conceivable school of organ music – and the second, almost trumping that ace, is the figure of Thomas Trotter.

The organ exudes that sense of calm expansiveness which characterises Duruflé’s writing, matching enchanting delicacy of sound with latent power and bringing everything into clear focus without ever drawing attention to itself; which is not something we can always say when it comes to native French organs. With remarkable clarity of articulation (beautifully exhibited in a deliciously bubbling account of the Scherzo), outstanding virtuosity (breathtakingly displayed in the Toccata) and an instinctive feel for registration (superbly exhibited in the multi-layered Sicilienne), Trotter turns out performances that are top of the pile when it comes to compelling performances of this repertory.

But there is something else. Trotter has been playing this music for decades, knows it inside out and is so thoroughly attuned to its distinct idiom that his playing has a kind of natural empathy which so strongly inhabits the music that you almost forget that the performance is the work of a single individual player. I love the way he makes the music shine brightly through that incense-laden atmosphere which seems to shroud so many recordings of this repertory, without actually disturbing it in any way. I would point to that moment (around 4'36") in the ‘Alain’ Fugue where the sun suddenly cuts through the dense textures to bring the piece to its truly dazzling conclusion, a moment of almost ecstatic revelation: I do not recall ever having been so excited by this music before.

Add to this an exceptionally fine recording from Gary Cole, which has captured instrument, acoustic and playing with impeccable detail without any sacrificing of atmosphere, and we have here a genuinely exceptional organ release.