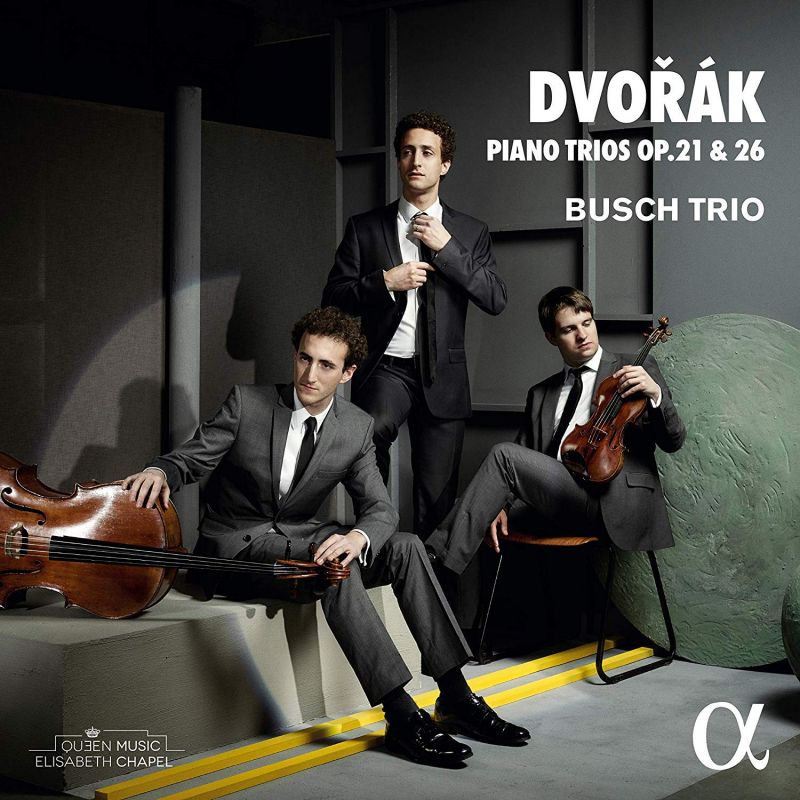 This disc is the follow-up to the Busch Trio’s recording of Dvořák’s mature masterpieces, Opp 65 and 90, about which Rob Cowan enthused in September 2016. The composer’s two earlier trios don’t get out nearly as often, which is a pity, for both are remarkable. The B flat major, composed in 1875, is strikingly confident in its handling of the medium, while the G minor from the following year was written at white heat in a mere three weeks, following the death of Dvořák’s infant daughter Josefa.

The Busch relish the confidence of No 1, from its shimmering opening onwards, ensuring that the piano never overwhelms the textures in the thrusting theme that follows, and giving the gentler second idea with great warmth. There’s drama aplenty, too – for instance the way they take the dynamics right down before the development creeps in.

Pianist Omri Epstein captures just the right mood in his introduction to the slow movement, rapt without a hint of sentimentality, to which cellist Ori Epstein and then violinist Mathieu van Bellen respond in kind. The Beaux Arts take a different approach, faster and more folk-like, while the Florestan’s opening is just a little less natural-sounding.

The third movement finds the Busch making much of its playful side, their effortless give-and-take and finely judged rubato all evidence of their confidence as an ensemble, and it’s more earthy than the refined Florestan. The finale, which Dvořák begins hesitantly in G minor before bringing us out into the sunshine with an assertive theme in B flat, is also very impressive, though I find the Florestan even more telling in its opening moments. The Beaux Arts have a particular lightness of touch in the B flat theme which the Busch don’t quite match – though the way they constantly vary the main theme is evidence of their musical imagination, and its climactic iteration at 5'24" is pure joy.

The Busch are no less impressive in the more brooding Second Trio, conveying well its inability to settle and avoiding being fazed by Dvořák’s sometimes almost chamber-orchestral textures. They are similar to the Beaux Arts in approach, while the Florestan are more fleet, emphasising agitation over dolour. The Largo, with its hymnic theme, is taken spaciously by the Beaux Arts (though you could argue they are true to Dvořák’s tempo marking), Menahem Pressler magically sustaining the piano line. The Busch and Florestan offer a more flowing tempo, the string lines entwining quite beautifully. Something of the agitation of the first movement is revisited in the Scherzo, with its irregular phrasing. The Busch are brilliantly alive to its uneasy qualities, and the slowed-down version of the main theme is ardently played by cellist Ori Epstein, while their Trio section has a delightful airiness to it. If in the finale they aren’t quite a match for the Florestan, who are irresistibly light and playful, this is still an impressive achievement.