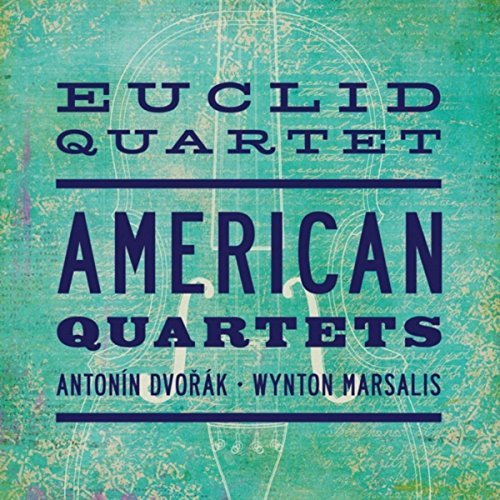 There is little hard evidence of anything specifically American within Dvořák’s quartet but its spirit appears to have been influenced by the composer’s residency in the United States (1892‑95). The music overflows with folk-like material – perhaps more Czech than Yankee – and the prevailing atmospheres are suffused with the warmth, pride and vitality this composer wore so generously on his sleeve. The Euclid Quartet play the piece with bounties of fervour and poetry, while always heightening the score’s meticulous craftsmanship.

Marsalis continues to be a musician of wondrous resourcefulness. Along with his superior abilities as a jazz trumpeter, he has broadened his artistic purview in a series of ambitious compositions. His First String Quartet evokes American Creole traditions in his native New Orleans through seven movements of varied and inventive incident. The opening movement, ‘Come Along Fiddler’, is an expansive tour de force for solo violin. The subsequent buoyant and lyrical movements explore a range of cultural references, with blues, ragtime and jazz giving the string quartet a kaleidoscopic workout.

The Euclid musicians make a veritable feast of the score. Jameson Cooper exults in the first movement’s beguiling flights, and he and his colleagues are at turns tender, whimsical and stirring in Marsalis’s other smashing bursts of imagination.

String Quartet No 1, ‘At the Octoroon Balls’