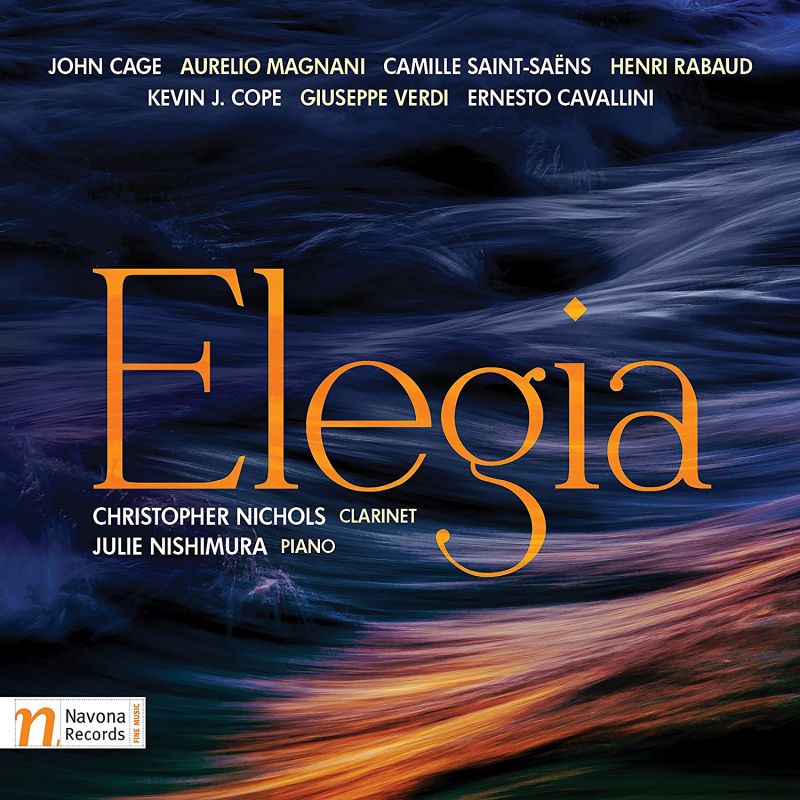 Christopher Nichols and his accompanist Julie Nishimura are colleagues at the University of Delaware. Their programme, primarily designed to showcase Nichols’s playing, is a real mixed bag including clarinet classics (Cavallini, Magnani, Verdi), a test piece for the Paris Conservatoire (Rabaud) and two sonatas from the extremes of the careers of one of the 20th century’s most provocative composers – John Cage – and one of the 19th’s most popular, Saint-Saëns. These two works were written just 12 years apart, Cage’s unaccompanied Sonata in 1933, revised in 1963, and Saint-Saëns’s – his penultimate composition – in 1921.

The Frenchman’s sonata is a beautifully crafted, late-autumnal work as one might expect from a composer in his mid-eighties. Nichols gives a very fluent account, relishing the many different textures the master orchestrator deployed, and Nishimura’s accompaniment is sensitive and never overshadows her partner. This applies, too, for Rabaud’s challenging, expressive Solo de concours (1901) and the wistful Andante from Verdi’s La forza del destino, often used as an audition test piece. (It is not clear which version has been used: not Richard Stoltzman’s, I think; perhaps Ben Armato’s.) I was less taken with Cavallini’s mundane Adagio and Tarantella and Aurelio Magnani’s Elegia. Magnani, like Armato, was a performer and teacher; Elegia is fluently written, beautifully played but rather dull and misplaced as title-track.

There is nothing dull about Cage’s four-minute, fairly tame Sonata (astonishing to think some players refused to perform it!), or Kevin J Cope’s Sirocco (2012) for the instrument in A, a clever little tone poem juxtaposing then blending elements of European and African (well, African American!) musics to depict the hot wind that blows from the one continent to the other. Good, natural sound.

Sonata for Clarinet and Piano