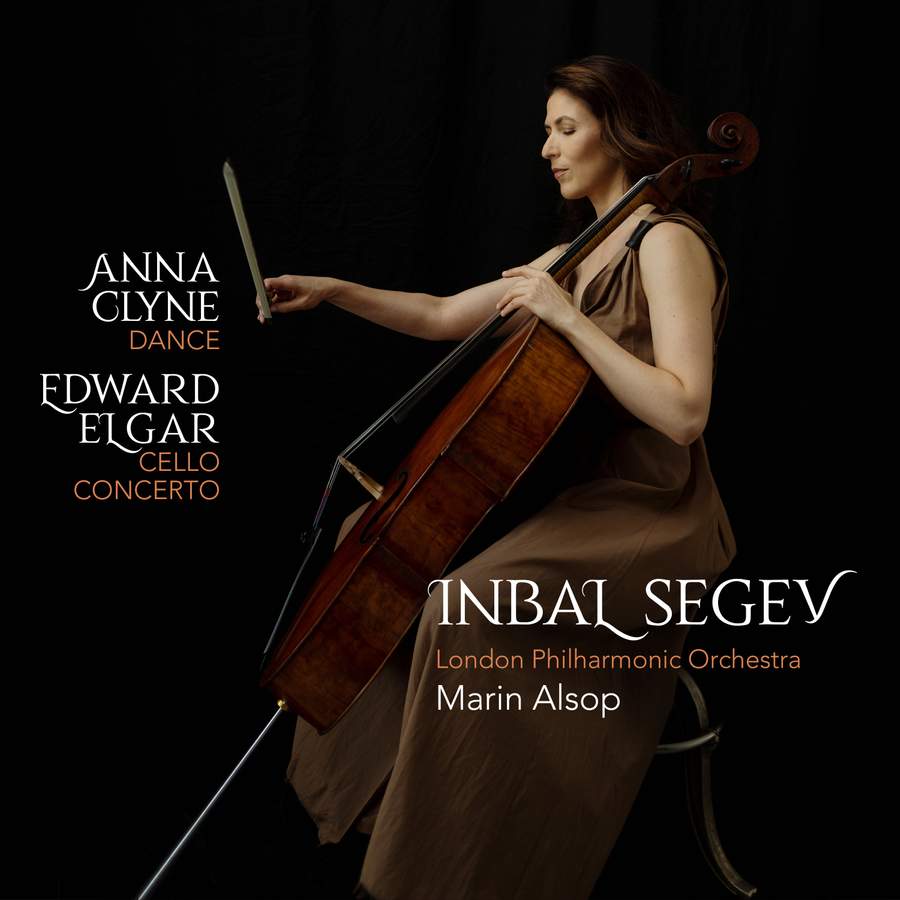 I’m struggling to remember the last time a piece of contemporary music made me cry. Ten weeks of solitary lockdown has doubtless heightened emotions but in the final movement of Anna Clyne’s DANCE, a cello concerto in all but name, a bear-hug of a theme emerges through angry, percussive col legno snaps that is so beautiful, so heartfelt that it instantly drew tears on first hearing. Repeated listening had a similar effect.

The cello is Clyne’s own instrument and she admits in an interview that she never tires of playing, confessing to tucking a quotation from a Bach Sarabande into her new work. At 25 minutes in length, it’s a substantial piece. It was written for the Israeli cellist Inbal Segev and, listening before reading any booklet notes, I detected an eastern influence. The work is dedicated to Clyne’s Jewish father, whose family came from Poland. Each of the five movements bears as its title a line from a poem by the Persian poet Rumi. The first movement, ‘Dance, when you’re broken open’, is a lament with the cello keening in a high register, immediately putting me in mind of John Tavener’s The Protecting Veil.

‘Dance, if you’ve torn the bandage off’ is aggressive, folklike in its energy, peppered with double-stops and drones. The reflective ‘Dance in the middle of the fighting’ takes the repeated cello melody higher and higher, while ‘Dance in your blood’ treats the orchestra as a ‘looping pedal’, building to a powerful climax before winding down to a lullaby. But it’s the finale, ‘Dance, when you’re perfectly free’, with its big nostalgic theme, that packs the emotional punch. Segev has performed the work a couple of times in concert and plays it here with dark tone and deep insight, closely supported by Marin Alsop and the London Philharmonic Orchestra.

Clyne writes that Elgar’s Cello Concerto is one of her favourite works, so – with exactly 100 years separating them – the Elgar makes for a perfect partner on this disc. And what a performance! I enjoyed this much more than another recent recording with a London orchestra (Sheku Kanneh-Mason and the LSO), mainly because, as securely as Kanneh-Mason plays, he’s yet to fully inhabit this concerto. Right from the opening recitative, Segev is more inclined to wear her heart on her sleeve. She is recorded closely, too, so her resiny, mahogany tone speaks more directly to the listener, although this close balance doesn’t detract from the gossamer semiquaver runs of the second movement. Segev builds to the appassionato climax of the Adagio most persuasively (2'28") and the Quasi recitativo at the start of the fourth movement takes on the quality of a soliloquy. Here is a cellist with something to say. Alsop and the LPO are terrific, the only quibble being a rather lumbering pace at fig 59 (4'56") in the finale. Fans of the Elgar Concerto need to hear this disc, but Clyne’s DANCE should make many friends too.