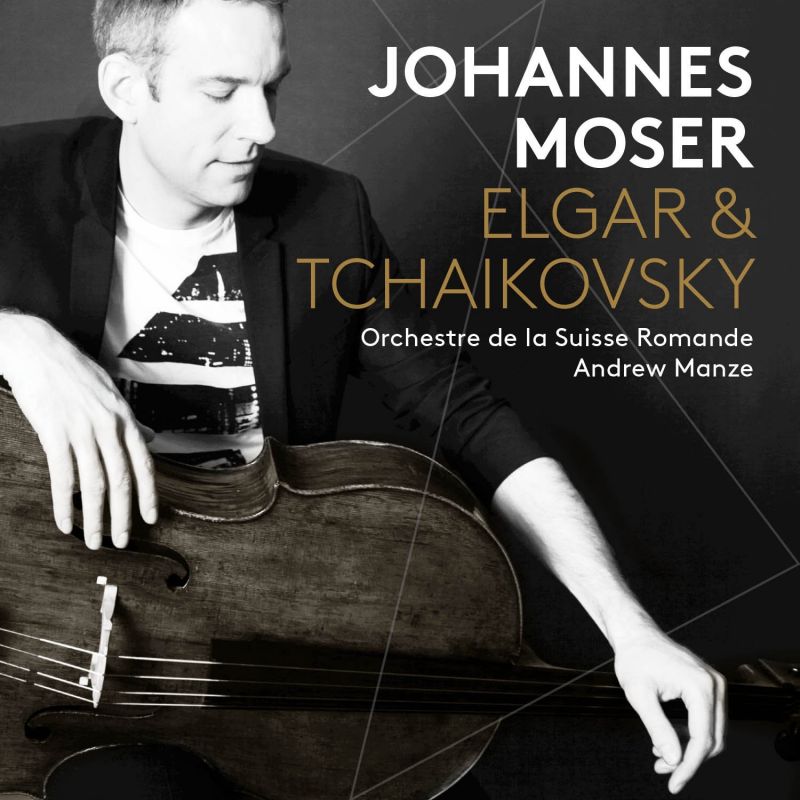 A most unusual account of the Elgar Concerto, one that’s both musically gripping and recorded at relatively close quarters. The first minutes command immediate attention, Johannes Moser’s handling of the opening chords confident and tonally full-bodied, the ascending solo scales that lead to the principal melody haltingly tiered, the melody itself tenderness personified, slowing subtly before the strings take the lead and Moser rises boldly to the crest of the phrase. The full orchestra’s response is both heroic and uplifting. The second subject finds Moser and the desks of the Suisse Romande playing into each other’s hands, with flexibility to spare (more so than on the majority of Moser’s rivals), the main body of the Allegro molto second movement, taken very briskly, pure quicksilver, again with keen inter-instrumental dialogue much in evidence. The Adagio positively aches, Moser achieving his affect by varying vibrato from an intense, pulsing glow to a cooler, tremor-free line. The finale is extremely dramatic, whether in the heavily weighted fugato-style music from 4'39" (great brass here) or the melancholic episodes at the heart of the movement (starting from around 6'21"), where Moser, although playing from the heart, never sentimentalises the music, and Manze is obviously of a like mind. The rapt return of the Adagio (9'12") and the defiant restatement of the concerto’s opening chords that follow will likely take your breath away.

Prior to making this recording Moser applied himself to significant source material and in the case of Tchaikovsky’s Rococo Variations he opts, like Steven Isserlis, to play the original version rather than the Fitzenhagen edition, which, in addition to making changes to individual variations, alters their order. Again, Moser offers a performance that combines sensitivity, agility and brilliance, while Manze and the Suisse Romande Orchestra are consistently on the ball. The shorter Tchaikovsky fill-ups maintain the interpretative high standards already established, the Pezzo capriccioso, Tchaikovsky’s second original composition for the instrument, especially memorable. Altogether a wonderful CD, then, both major works granted recordings that are among the finest we’ve hard in recent years, the Elgar certainly as recommendable as either Sol Gabetta or Isserlis.

Variations on a Rococo Theme