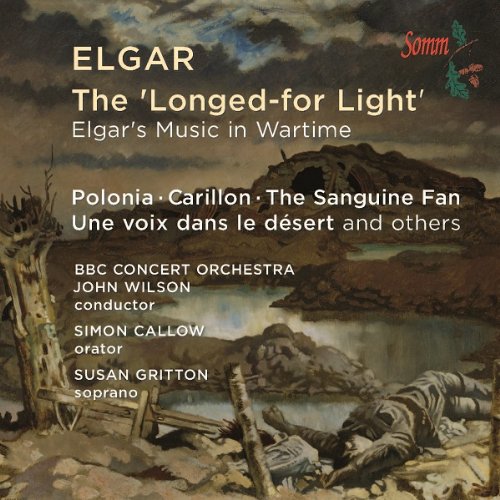 Here’s a supremely enjoyable Elgar survey centred around a clutch of works composed during the Great War, three of which were directly inspired by the plight of Belgium. Carillon (1914), Une voix dans le désert (1915) and Le drapeau belge (1916) employ patriotic texts by the exiled, then London-based Belgian poet Emile Cammaerts (1878-1953), and the first at least won considerable public acclaim. Speaker Simon Callow delivers the goods with characteristic relish; soprano Susan Gritton is a beguiling presence in the surprisingly restrained Une voix dans le désert (by some margin the most imaginatively wrought and subtly textured of the three settings).

Throughout, the BBC Concert Orchestra respond with bright-eyed conviction and commendable polish for John Wilson, whose endearingly communicative, shapely and affectionate readings of both the rousing Polonia (1915) and to my mind still underestimated one-act ballet The Sanguine Fan (1917) easily hold their own in the august company of Boult’s fondly regarded mid-1970s EMI recordings. Wilson’s treatment of Sospiri (1914) is particularly intoxicating, with some beautifully judged, ‘old school’ string portamento worthy of Barbirolli himself, and he also shines in the two exquisite miniatures Carissima (1914) and Rosemary (the latter a 1915 reworking of a piano piece from 1882 entitled Douce pensée). Only the early, organ-rich Sursum corda (1894) perhaps fails to improve on repetition.

Elgarians should certainly lend an ear to this enterprising and rewarding Somm anthology. First-class production values, and authoritative notes from Andrew Neill.