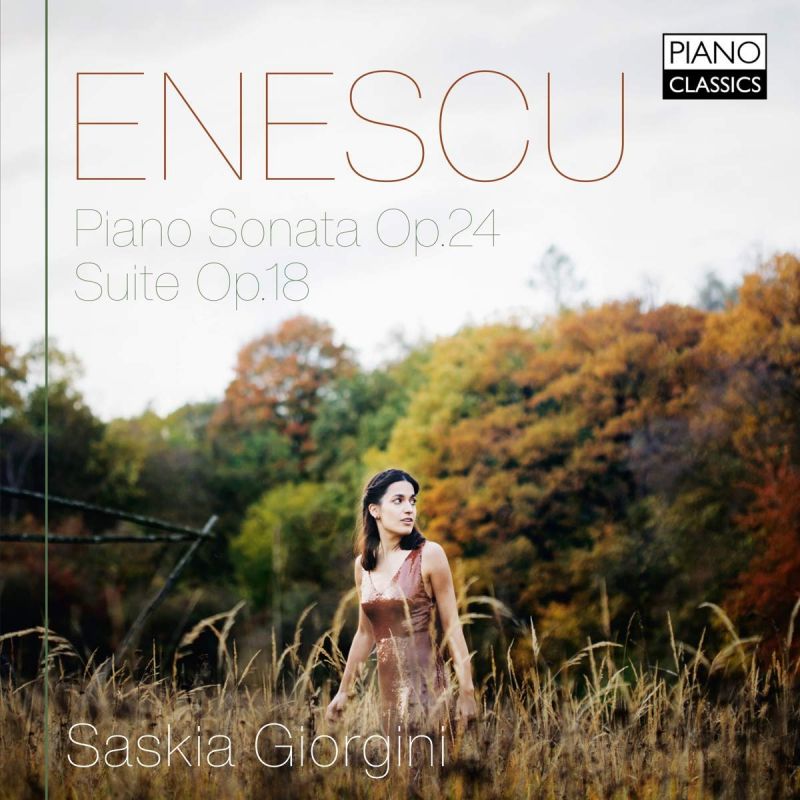 Unlike his first two suites for piano, Enescu’s Op 18 is essentially a collection of individual, unrelated pieces brought together under one roof. Yet what incredible pieces they are! ‘Voix de la steppe’ beautifully exemplifies Enescu’s ‘speech-singing’ style, while ‘Mazurk mélancolique’ commences with Chopinesque gestures that morph into exotically mobile creatures. The petulant grotesqueries throughout the ‘Burlesque’ can be described as Bartók with added calories, the ‘Chorale’ haunts you with its alluring modal sleights of hand and the concluding ‘Carillon nocturne’ predates Messiaen’s stained-glass chime chords and ringing resonances by several decades.

Enescu’s Third Piano Sonata defines ‘neoclassical bittersweetness’, notwithstanding the incisive extroversion of Dinu Lipatti’s historic broadcast recording (EMI/Warner), and Nicola Meecham’s similarly conceived interpretation that, of course, benefits from modern sound (Somm). By holding the first-movement Vivace con brio ever-so-slightly back, Giorgini secures steadier rhythm throughout and conveys greater differentiation between detached and sustained passages. She keeps the long Andantino cantabile hauntingly afloat as she contours the music’s melodic, accompanimental and purely decorative elements in three-dimensional perspective. The same can be said regarding the Allegro con spirito’s conversational counterpoint and appropriately muted left-hand repeated-note ostinatos; here is where the Bösendorfer’s ‘fortepiano in the body of a concert grand’ timbre particularly speaks. In short, Giorgini has truly internalised this elusive, oddly gripping music, whetting the appetite for an eventual Enescu cycle. Recommended.

Suite for Piano No. 3, 'Pièces impromptus'