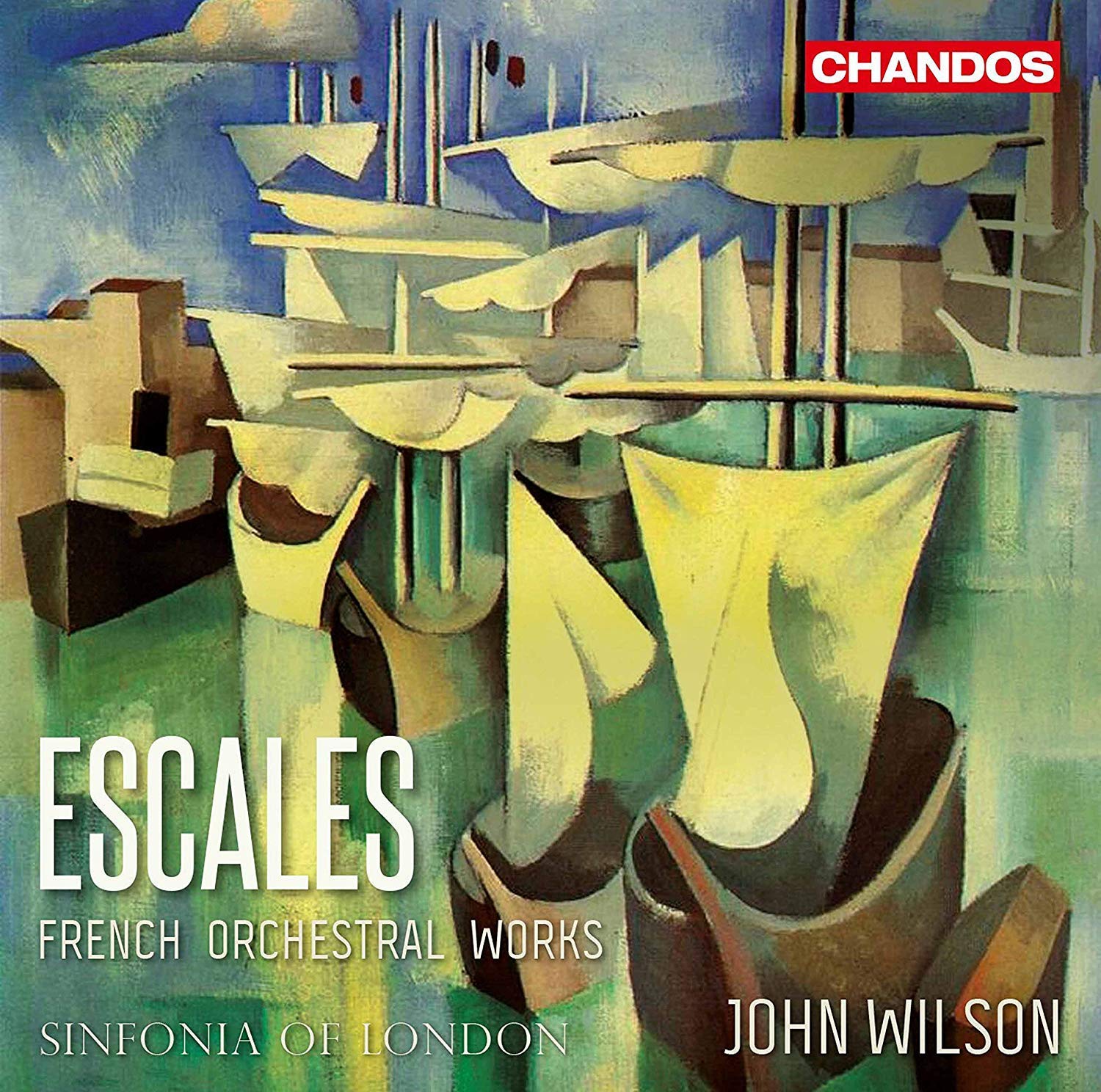 ‘Let’s hope it’s not a one-off’, wrote Richard Bratby at the close of his review (10/19) of John Wilson’s recording of Korngold’s Symphony in F, with the Sinfonia of London, which takes it name from the much-admired 1950s recording orchestra, and which Wilson, long keen on its revival, effectively re-founded in 2018, hand-picking its members from among the UK’s best musicians. Those concerned that it genuinely might be a ‘one-off’ can indeed relax, given that we now have the first of its successors in the form of this exhilarating, if very different disc of French orchestral music, familiar or otherwise, from either side of the turn of the 20th century.

The programme is beautifully put together, so that we not only get a coherent overview of the period but seem to hear each piece refracted through its companions. Taking its title from Ibert’s impressions of his lengthy honeymoon trip to Italy, Tunisia and Spain, ‘Escales’ means ‘ports of call’, and the emphasis falls squarely on the influence of the exotic on the fin de siècle French imagination. The attraction embraced not only Spain and North Africa (Massenet’s Thaïs, represented here by the famous ‘Méditation’, is set in Alexandria), but also classical Greece (the juxtaposition of Debussy’s Faune with Saint-Saëns’s Le rouet d’Omphale is telling in this context) and even Provence, in the energetic ‘Tambourin’ that brings Duruflé’s Trois Danses of 1932 to their close.

The inclusion of España and Faune, strategically placed at the disc’s opening and midpoint respectively, inevitably stresses the seminal influence of each. Both Ravel’s Rapsodie espagnole and Ibert’s evocation of Valencia, the last of his ‘ports of call’, are unthinkable without the former; Faune hovers not only over the dreamy flute solo with which Escales … itself opens, but also over the woodwind-writing of Duruflé’s moody, somewhat eclectic Danses, which also betray a considerable debt to his teacher Dukas, most notably in the swaying Apprenti sorcier chords with which they open. An attractive work that grows on you with repeated hearings, the Danses will be something of a discovery for many, though it’s also wonderful to have a new recording of Omphale, which has been rather neglected of late.

Wilson, meanwhile, has the ability to make familiar music sound wonderfully fresh and new-minted, all the while carefully judging and calibrating the sound world of each piece. España, taken at a considerable lick and done with breathtaking panache – above all from the brass and strings – bristles with excitement without losing sight of its impertinent sensuality. Faune, the flute solo ravishingly played by Adam Walker, is tensely erotic rather than languid or protracted, and the Thaïs ‘Méditation’, opening serenely and purged of any hint of sentimentality, gradually becomes turbulent and anguished as it proceeds, reminding us that it depicts spiritual crisis rather than rapt contemplation. Omphale, meanwhile, is simply tremendous as Hercules’ theme rises fiercely through the surrounding woodwind mockery and whirring string figurations, more in rage than the usual resentment.

The enthusiasm that Wilson elicits from his orchestra is very much apparent on every track, though what really impresses is the finesse as well as the virtuosity of the playing, the refinement of detail, the subtlety of texture and colour. Ibert’s Escales …, another much underrated work, sounds particularly beguiling in its mixture of Impressionism and urbanity. Sweeping strings in the opening movement usher in a breathtaking, almost widescreen panorama of the Mediterranean shimmering off the coast of Sicily. A sultry oboe solo seems to unwind into infinity over the gentle tap of col legno and pizzicato strings in Ibert’s central depiction of the Tunisian desert, and the mercurial finale, by turns sardonic, urbane and festive, has tremendous dexterity and wit.

Though Ibert clearly learnt much from Ravel, the contrast with Rapsodie espagnole is striking. The latter is superbly done here, with every shift in mood finely delineated: ‘Prélude à la nuit’ is at once sensuous and eerie; the ‘Habanera’ is exquisite in its languor and grace; and the ‘Feria’ dazzles with its brilliance and élan. Duruflé’s Trois Danses, meanwhile, swerve ambivalently between nostalgic lyricism and grandeur until the startling, jazz-inflected ‘Tambourin’ insistently sweeps its ambiguities away. Everything is beautifully captured in an immaculately engineered recording, at once ideally spacious and vivid. It’s a wonderful disc. I gather, meanwhile, that Wilson and the Sinfonia of London have recordings of works by Respighi and Dutilleux in the pipeline, and I look forward to them with eager anticipation.