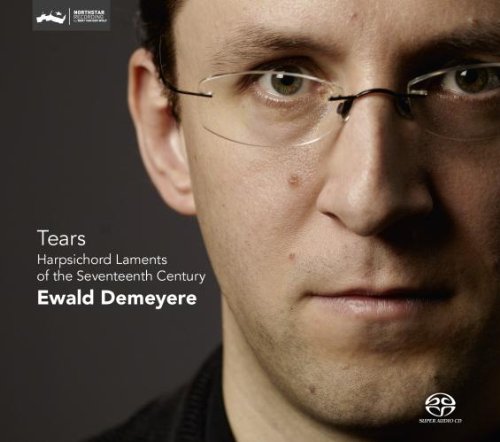 Ah! Melancholia, aka ‘black bile’, yet socially fashionable in late-16th- and early-17th-century England. And wonder not why John Dowland isn’t included here. He is – in the guise of transcriptions or variations on his original Lachrymae Pavan by William Byrd and Melchior Schildt. Ewald Demeyere’s performance of Byrd is an absorbing mixture of regular and irregular stresses, of notes equally and unequally played. In comparison, and as reflected through Demeyere’s imagination, Schildt’s plainer outlines suggest a more formal expression of grief. Rather different in complexion is Tomkins’s Sad Pavan. This pupil of Byrd had non-conformist ideas on metre. So no time signature, and bar-lines are asymmetrical. Presumably he wanted an elastic rhythm – and gets it in a singular ‘sound-painting’ of personal distress.

From tears shed to tears perhaps unshed in the stoical rectitude of Froberger’s Fantasia, mainly semibreves, minims and crotchets moving slowly, Demeyere wise in keeping them bare of ornamentation. Or smiles breaking through tears in the Partita where, from the first movement onwards, light and shadow flit through major and minor keys. Maybe so too in Louis Couperin’s Suite from pieces compiled by Demeyere, a largely bright Tombeau de M de Blancrocher included.

The Pavans are played on virginals, the rest on harpsichord. The right decision, but Demeyere hits a bad snag in a closely miked recording that masks the differences in timbre between the instruments. Nevertheless, this is a fascinatingly fine programme, eruditely chosen and fervently portrayed.

(A) Sad Pavan for these distracted times