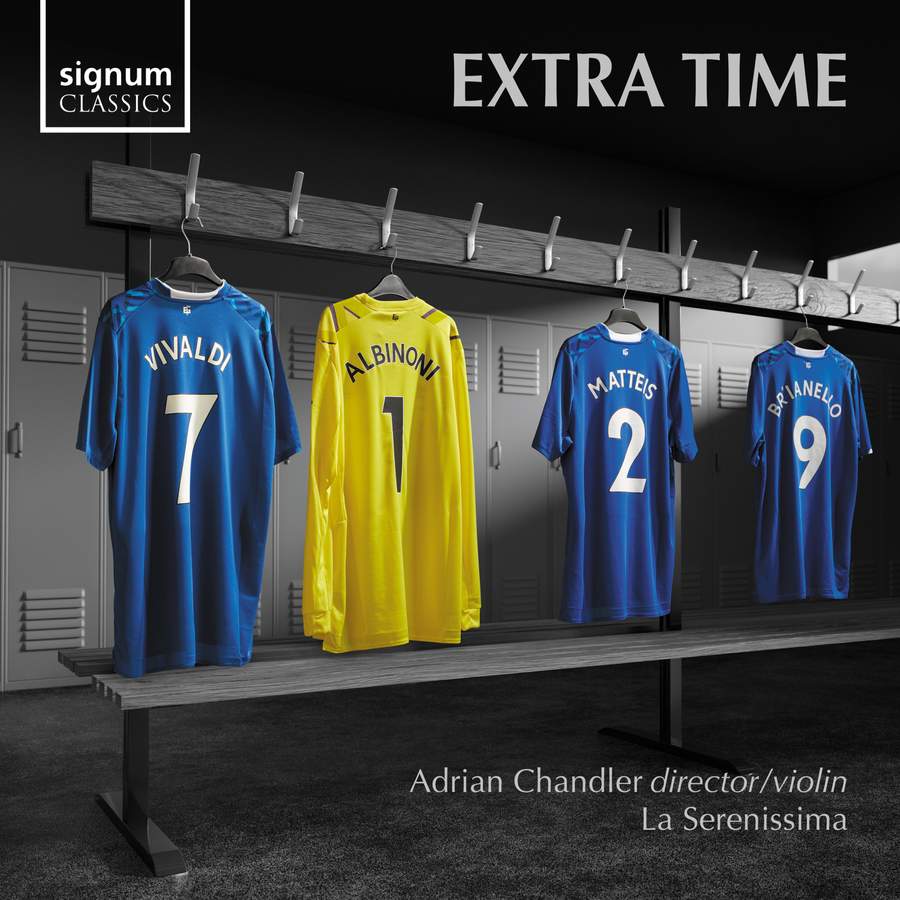 Adrian Chandler and La Serenissima have had a run of snappy album titles in recent years – ‘The Italian Job’, ‘The Godfather’, ‘Vivaldi x2’ – yet this one does feel especially well tuned. Its starting point was a concerto captured on the spur of the moment in 2015, when all the music for their 2016 Gramophone Awards-shortlisted Vivaldi Four Seasons had been recorded 25 minutes ahead of schedule – Vivaldi’s Concerto per la Solennità di S Lorenzo, RV286, which was supposed to have been recorded the previous year for a collection of Vivaldi’s sacred works which had ended up being shelved for cash-flow reasons. While 25 minutes for this concerto was cutting things tight, La Serenissima were able to produce a take eminently worthy of release once Chandler had found it some disc partners – which he then did through building extra time into subsequent sessions.

Fast-forward to the present day, and the great news is that ‘Extra Time’ is bristling with all the elegantly zesty joie de vivre familiar from those previous albums. For instance, remember the glorious climax of Torelli’s Sinfonia for four trumpets, timpani, two oboes, two bassoons, two violins, two cellos, strings and continuo on ‘The Italian Job’ (Avie, 5/17)? Well, Chandler leapt on that opportunity to take down a similarly scored movement of a ballet suite by Nicola Matteis the Younger, which in turn led him to complete and record in its entirety another of Matteis’s ballet suites during similarly sized 2019 sessions for ‘The Godfather’, and the result is a big-guns finale that matches up to the glorious climactic shout of ‘The Godfather’.

Still, while La Serenissima know how to raise a roof with panache, there’s also all manner of softer moments to savour, such as the quieter brand of joy heard through Chandler’s own poised, clean-toned long lines during the Largo of the G major Violin Concerto by the little-known, Vivaldi-influenced Bolognese composer Giuseppe Antonio Brescianello. Another quality worth pointing out is the fact that, underpinning all the timbral variety and solo action, is some fabulously sensitive ensemble blending.

One final point worth making is that while I can think of any number of multi-location recordings that play out as an acoustically choppy experience, ‘Extra Time’ is no such affair. The engineering is as consistent as the music-making is top-drawer and joyous.

Concerto for Violin and Strings, 'per la Solennit