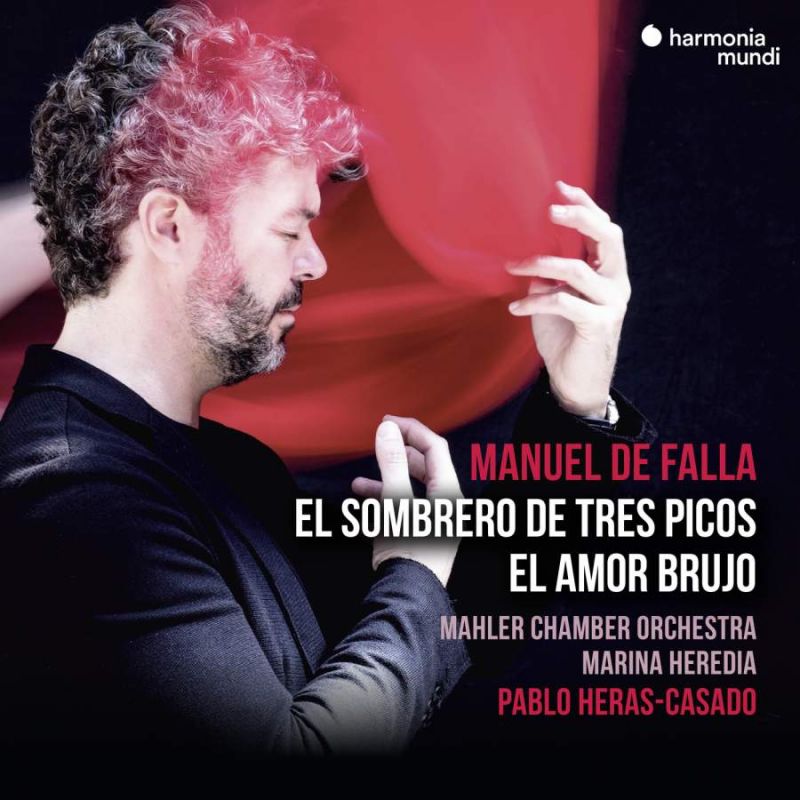 El sombrero de tres picos was first performed by Diaghilev’s Ballets Russes at London’s Alhambra Theatre in the summer of 1919, so this new recording from Harmonia Mundi is very much intended as a centenary celebration. In a booklet note, Pablo Heras-Casado expresses his admiration for the score, and indeed for Falla’s output in general, and asks that we consider it alongside Petrushka, Daphnis et Chloé and late Debussy as some of the most original music of the 20th century. Few, I suspect, would disagree, but what’s really unmistakable here is the enthusiasm with which he conducts it, and the sheer exhilaration of the response he elicits from the Mahler Chamber Orchestra.

He gives us a high-voltage interpretation, rich in detail, and strong on dramatic and narrative momentum. Rhythms are wonderfully precise, textures very sensuous throughout, the latter helped immeasurably by the vivid, immediate recording, though it also catches the occasional in-breath from Heras-Casado in moments of excitement. The fanfares and shouts of ‘¡Olé!’ that form the effective prelude set the tone with their energy and panache. The big set pieces – the Miller’s Farruca, his Wife’s Fandango – have tremendous fire, and the elation of the final Jota is irresistible, though equally striking is Heras-Casado’s relaxed treatment of the Seguidillas at the start of scene 2, when the Corregidor is out of the way and danger temporarily averted. It’s a superb achievement that more than holds its own beside the versions by Frühbeck de Burgos and Dutoit, both widely regarded as benchmarks.

Heras-Casado’s interpretation of E Amor brujo, in contrast, is comparatively reflective, if at times remarkably intense – closer, perhaps, to Giulini’s reined-in approach than to Dutoit’s more extrovert flamboyance. We’re more overtly aware of Falla’s Russian and French influences here, both in the brooding echoes of the opening of Firebird in the evocation of the Gypsy encampment near the start, and the swaying, Ravelian Pantomima, where the MCO strings sound very sensual and the mood is seductive in the extreme. There’s bravura playing in the Ritual Fire Dance, which is pungent, weighty and rather sinister, though Heras-Casado firmly places the emotional climax at the end, as the Dance of the Game of Love and subsequent sunrise chase the phantoms and terrors of night away. His flamenco singer is Marina Heredia, her voice raspy, lived-in and knowing, her way with the text impeccable. Some might still prefer Dutoit’s greater bravado in this work but Heras-Casado, nevertheless, gives us another outstanding performance that ranks among the best.