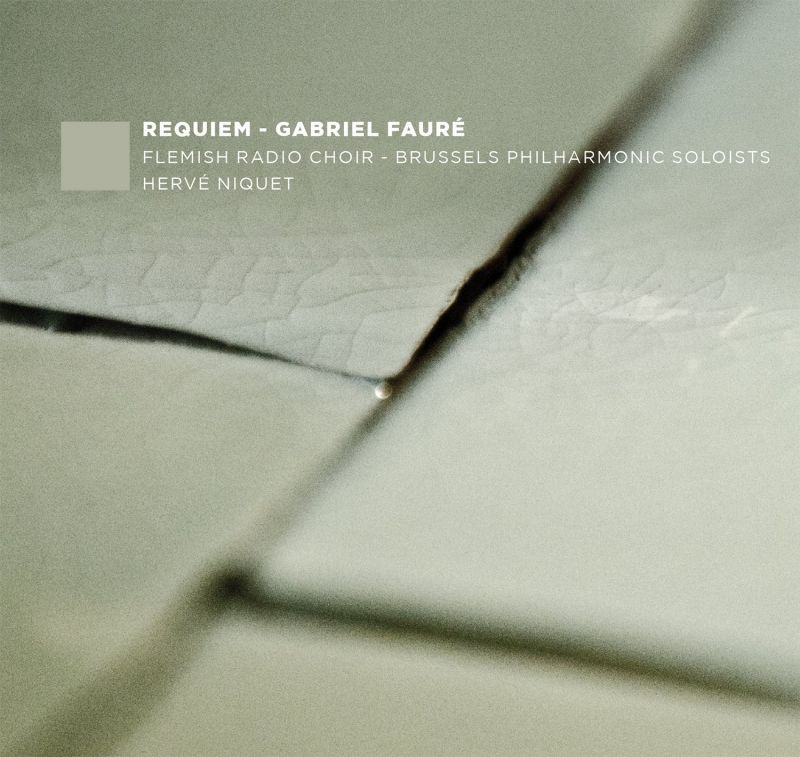 There is some peculiar Latin pronunciation to negotiate as well as disconcertingly brisk tempi – for Hervé Niquet In Paradisum seems to conjure more an image of the fast lane of a terrestrial motorway than the timeless bliss of a celestial eternity – but, once past these obstacles, this is a most refreshing Fauré Requiem. I want to describe it as ‘life-affirming’, so fresh and vigorous is the singing of the Flemish Radio Choir, but that might strike a somewhat ironic note. Suffice it to say that, coupled with a recording of pleasing depth and spaciousness, and crisp, neat playing from the Brussels Philharmonic Soloists, this certainly fulfils part of its declared brief to be ‘an aspiration towards happiness’.

The lavish booklet includes several photographs of the John Rutter edition of the Fauré but in fact Niquet has prepared his own performing version, amalgamating elements from both the 1888 and 1893 versions and, most notably, assigning the Pie Jesu to full chorus sopranos. That leaves just one soloist, baritone Andrew Foster-Williams (whose dreadfully irrelevant biography is the one downside in an otherwise wonderfully informative booklet). With the Libera me he injects the only real note of tension into the work with appropriate gravitas but without sounding excessively operatic; although some pulsating horns do a pretty good job of that.

If Niquet’s interpretation of the Fauré seems a trifle too individual to make this a must-have recording, a beautifully warm-hearted and deeply expressive account of Gounod’s Ave verum and an intense performance of his austerely polyphonic unaccompanied setting of The Seven Words of Christ from the Cross give real distinction to this first release in a projected five-part series of choral works associated with death.