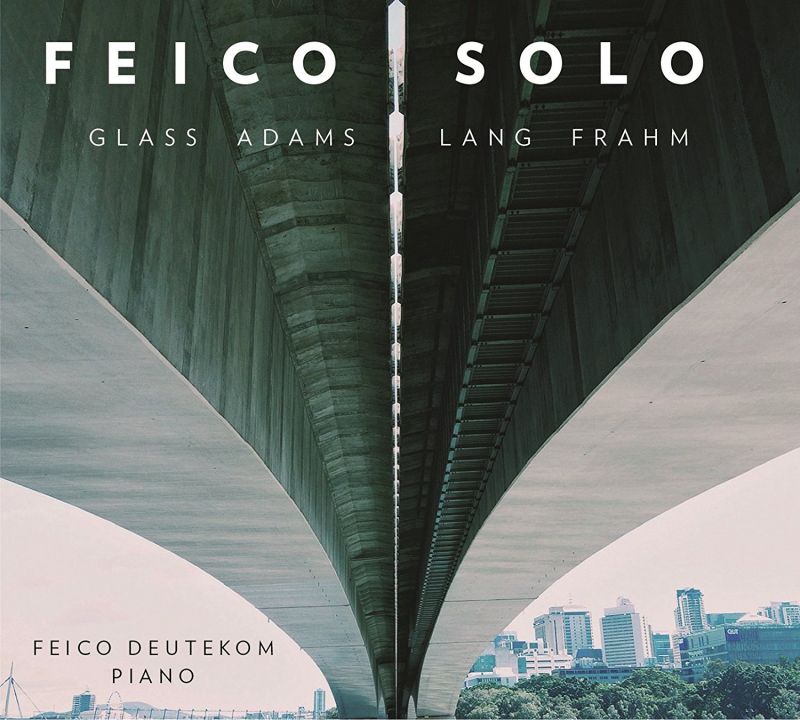 The 17 short pieces on pianist Feico Deutekom’s new disc are made of tiny cells that evolve through subtle repetition and development. In days not too far gone by the style would have been termed ‘minimalism’ but the composers Deutekom celebrates reflect the moniker to varied, and often eloquent, degrees. The usual suspects – Philip Glass and John Adams – are here, as well as others who use simple musical means to sometimes intricate artistic ends.

What ultimately makes ‘Feico Solo’ so alluring is the pianist’s total commitment to the nuanced writing in each work. The music at times is relentless and dreamily reflective, and Deutekom imbues the slowly shifting harmonies and tender melodic lines with organic fluency. In other hands, these pieces occasionally might come across as inspired doodling; as Deutekom plays them, they are seamless arcs.

Singling out specific composers would appear to be an exercise in futility, since all of them expertly build structures that have a beating heart. Glass’s swirling style is familiar – notably in Deutekom’s transformation of string music into the Mishima Sonata – as is the glistening aura of an early Adams opus, China Gates.

The repertoire includes two captivating works by Ryuichi Sakamoto with nods to Chopin and Debussy, a brief, tender David Lang score (Wed) and pieces by Douwe Eisenga, Max Richter, Arvo Pärt, Nils Frahm and Clint Mansell that make themselves felt through affecting and invigorating concision. Deutekom honours them all.

Written on the Sky

Together We Will Live Forever