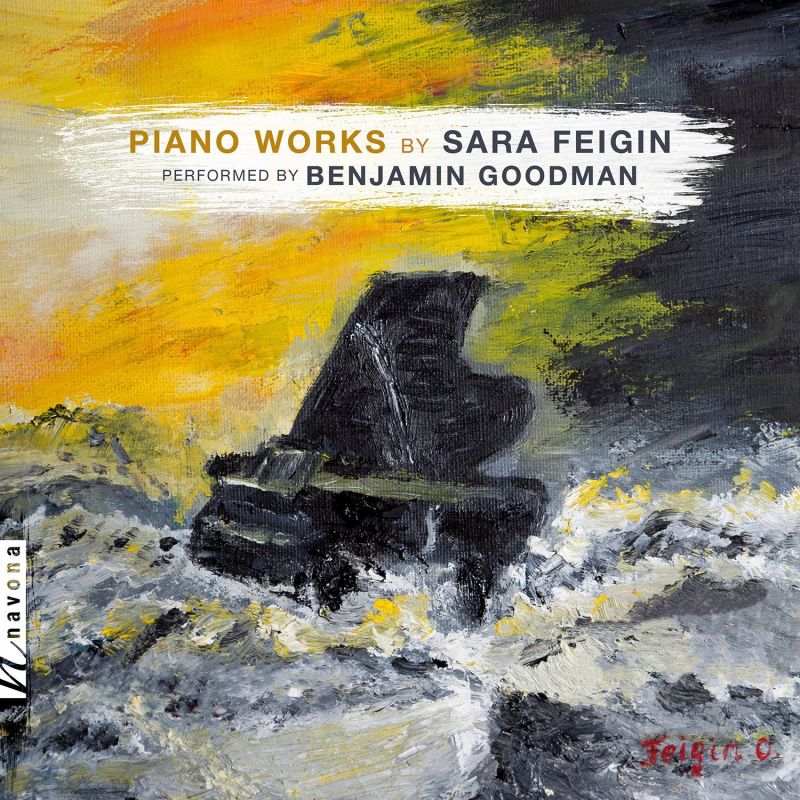 Sara Feigin (1928-2011) pursued a multifaceted career as pianist, composer and educator, first in her native Latvia and subsequently in Israel, where she migrated with her family. After graduating from the Riga Conservatory in 1954, Feigin served as composer and musical consultant at that city’s Choreographical Institute and Opera. Once her family settled in Israel in 1972, Feigin’s interest in pedagogy blossomed and she began to conduct music education workshops, write teaching methods and present concerts. The current release focuses on her solo piano music and mostly includes either unperformed or previously unrecorded works, many based on traditional folk songs.

The opening Two Pieces, ‘Prelude’ and ‘Storm’, take their cue from the late Russian Romanticism playbook, while the Four Scenes are leaner and more stylistically eclectic. The 1982 Variations are introduced by a wistful minor-key theme that returns as a finale in the major mode. In between are nine variations with distinct and unpredictable characters. The slower variations seem more original and heartfelt than the relatively facile faster movements. Out of the 1972 Sonata’s four movements, the Scherzo’s scampering high-register passages and the slow movement’s stark, brooding outer sections stand out.

Feigin’s concentration and creativity come together strongest in the 1972 Toccata. The work’s folk-song roots take on an acerbic tinge as the music darts back and forth between rapid lines packed with repeated notes, chordal outbursts and gnarly climactic writing in the outer registers. The performer is hard-pressed to keep all of these elements afloat and moving but Feigin kindly provides a few (but only a few) oases of lyrical respite. The young British-born, Israeli-based pianist Benjamin Goodman turns in solid and polished performances. One could imagine more dynamic contrast and colour but that’s probably due to the slightly constricted recording. It would be interesting to hear what Feigin’s early ballet scores and more recent orchestral works sound like, but that’s for another review.